By Ali Kucukgocmen, Can Sezer and Ebru Tuncay ANKARA (Reuters) - Police searched the headquarters of a cryptocurrency trading platform provider in Istanbul on Thursday, after thousands of Turks filed criminal complaints against the company saying they had been scammed and were unable to access their accounts.

The Thodex cryptocurrency trading platform, which had been handling daily cryptocurrency trade worth hundreds of millions of dollars, said on its website on Thursday it would be closed for four to five days due to a sale process.

But users who have not been able to withdraw money or access their accounts voiced concern on Twitter that they may have been defrauded, in comments widely picked up by Turkish media.

Istanbul police said the company's founder and CEO Faruk Fatih Ozer had flown to the Albanian capital Tirana on Tuesday.

The financial crimes investigation board MASAK blocked the company's accounts on Wednesday and began an investigation, a MASAK source said.

Thodex said that "negative" media reports about it were untrue, and that banks and funds - which it would identify later - wanted to invest in the company and had proposed a partnership.

Thodex said in a separate statement on Thursday that last week it detected abnormal volatility in company accounts and that transactions were halted to determine the reason.

Thodex said financial authorities found no irregularities in company accounts. It said Ozer would return to Turkey in the coming days and cooperate with judicial authorities.

The 24-hour trading volume on Thodex was $538 million on its last trading day, according to Coinmarketcap.

The company could not be reached for comment on Thursday. Reuters was also unable to reach Ozer for comment.

Last week Turkey banned the use of crypto assets for payments, adding to factors that sent Bitcoin down 14% at the weekend. Turkey's central bank cited "irreparable" damages and transaction risks as reasons for the ban.

An Istanbul prosecutor's office said it launched an investigation into Thodex due to claims that the platform had led to the "aggrievedness of many citizens."

It issued orders for search and seizure, a spokeswoman for the courthouse said. She added that cyber crime police were taking statements from employees and complainants.

Istanbul police told Reuters that officers were at the company's building carrying out the "necessary processes".

Lawyer Oguz Evren Kilic said he was contacted by users on Wednesday and that they had filed a criminal complaint on behalf of several people in Ankara. He said thousands of others had also filed complaints across the country.

"It is not clear where this is headed. There have been thousands of criminal complaints made in many places around Turkey," he told Reuters, adding that the platform had 400,000 users, 391,000 of whom were active.

"We will file a case with the consumer court right away. The two processes - criminal complaints and the case - will run simultaneously," Kilic said.

(Reporting by Ali Kucukgocmen, Can Sezer and Ebru Tuncay; Editing by Daren Butler and Hugh Lawson) 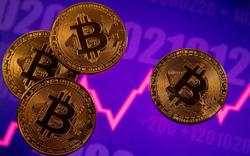