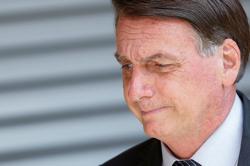 The decision, which was widely expected, came after Supreme Court Justice Edson Fachin determined in early March that the lower federal court where Lula was tried lacked jurisdiction, a ruling that was quickly appealed by Brazil's top prosecutor.

In 2018, he was convicted of taking bribes from engineering firms in return for public contracts and spent a year and a half behind bars, until the Supreme Court ruled he and others could appeal their cases without serving time.

Lula and his supporters blasted the anti-corruption task force that brought him down, called Operation Car Wash, as a politically driven effort. Leaked conversations in 2019 raised questions about whether investigators had cut corners to secure prosecutions. The task force was disbanded in February.

With the convictions tossed, Lula is eligible to run once again and is the odds-on favorite among Bolsonaro opponents to take on the right-wing leader in 2022. Early polls show a tight race. 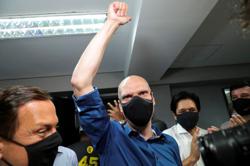 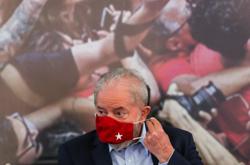