By Crispian Balmer and Angelo Amante 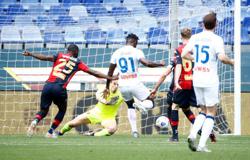 FILE PHOTO: A funeral service worker looks at coffins of two victims of coronavirus disease (COVID-19) during a burial ceremony in the southern town of Cisternino, Italy March 30, 2020. REUTERS/Alessandro Garofalo

ROME (Reuters) - Agostino Airaudo, 86, died of the coronavirus on March 21. Ninety minutes earlier he had received an SMS telling him that, after weeks of waiting, he had got an appointment for a vaccine.

Unlike many other European countries, Italy did not give automatic precedence to its army of pensioners when it launched its inoculation campaign in December, even though they were bearing the brunt of the disease.

The failure to provide swifter protection has cost thousands of lives, experts say, and stoked anger about a fragmented health system under which regions take most of the decisions and the central government has struggled to impose a clear strategy.

"People could have been saved," said Giorgio Airaudo, the son of Agostino and Michela, and the head of Italy's powerful FIOM metalworkers' union in the northern region of Piedmont.

"As soon as the vaccines arrived, there was no justification for not giving priority to fragile people and the elderly...," he told Reuters by telephone.

"But this did not happen. The government made suggestions and each region did as they pleased."

More than 110,000 people have died of COVID-19 in Italy, the world's seventh highest tally. Their average age was 81, and 86% of them were 70 or over, data from the ISS national health institute shows.

Many countries, including Britain and the United States, vaccinated old people first, recognising their great vulnerability.

Italy's government also said the over 80s should get priority, but a haphazard rollout has allowed professionals including lawyers, magistrates and university professors to move to the head of the queue in many places.

As the death rate has fallen in much of Europe thanks to the early impact of the vaccines, Italy's has stayed stubbornly high, and its average daily toll of 431 during the past week was the highest on the continent, according to Reuters data.

Acknowledging the problem, Prime Minister Mario Draghi - the epitome of measured calm during his eight-year stint as head of the European Central Bank - on Thursday made an impassioned plea to fellow Italians to wait their turn.

"With what conscience does someone jump the line knowing that they are leaving a person who is over 75 or fragile exposed to the real risk of dying?" Draghi told reporters.

"Stop vaccinating people under 60," he said, raising his voice.

At the start of this year, Italy's 20 regions focused almost exclusively on protecting health workers, even those in their 20s with no contact with patients. Most places did not begin mass vaccinations for over 80s until mid-February.

By that stage, France and Germany had already given a first dose to 20% of their over 80s.

Italy has since caught up with the EU average, with data from the European Centre for Disease Prevention and Control showing it had given at least one shot to 62% of its over 80s. But just 13.4% of people in their 70s have had a first dose, the lowest rate in Europe after Bulgaria.

They also say they were blindsided in January when the national drug regulator advised that the AstraZeneca/Oxford shot should only be used for the under 55s.

They had planned to give this shot to older residents and had to change strategy. Now guidance has swung round again with a recommendation that it should be used only for over-60s after concern emerged that it may cause rare blood clots in young adults.

Matteo Villa, a researcher with the ISPI think-tank, says other EU nations facing the same issues were more agile. His analysis suggests Italy could have saved 11,900 lives had it focused more on the elderly.

"Central government did not control the situation and then, amazingly, many of the regions did not prepare carefully for the rollout," Villa told Reuters.

He said some regions competed with each other to see who could administer the most shots, and found it easier to corral health workers than the elderly.

"This isn't a race ...This is a situation where there is death, pain and grief," said the union boss Airaudo.

His parents lived in Piedmont, which is centred on Turin. They both had serious ailments and had registered with their doctor for the vaccine. An algorithm adopted by the region decides who gets a vaccine, and when.

Piedmont health officials did not respond to questions over why they had not received timely shots.

Adding to the confusion, each region uses its own booking system.

Franco Perco, 81, lives in the central Marche region, a COVID-19 hotspot. He is still waiting for a vaccine appointment despite numerous phone calls to helplines and efforts to book online.

"I feel very scared. There is no clarity," said Perco, the former head of one of Italy's major national parks. "I am going out as little as possible."

Under the constitution, Italian regions have broad autonomy over healthcare decision-making, even during a pandemic.

In Tuscany, Abruzzo and Sicily, magistrates and lawyers were given priority status. In the southern region of Molise, journalists were allowed early vaccinations. Lax supervision in Sicily meant one priest was able to get his congregation vaccinated regardless of age.

"It created an incredible mess. It has served as a lesson for us to be more careful," said Angelo Aliquò, the health agency director general in the Sicilian city of Ragusa.

Health undersecretary Andrea Costa, who took office in February, told Reuters that mistakes had been made in not clearly identifying priority groups.

"There will be time in the future to analyse what happened, but now we need to achieve as soon as possible immunization which will allow a return to normal life," he said.

Angered by the sudden death of both his parents, Airaudo hopes there will be a reckoning.

"I always thought that decentralisation was about being close to the people. Instead, today we have confusion, difference, injustice and delays," he said. 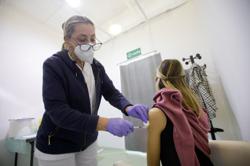 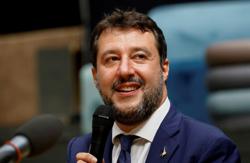