BERLIN (Reuters) - Germany called on the international community to end the military mission in Afghanistan in a responsible way and avoid a premature withdrawal of foreign troops that might play into the hands of the Taliban.

"The peace talks between the Afghan government and the Taliban are the first realistic chance for peace in Afghanistan in a long time, a chance we must not waste," Foreign Minister Heiko Maas told parliament on Thursday.

Lawmakers have to decide whether to extend Germany's military mission in Afghanistan until Jan 31, 2022, while the new U.S. government is reviewing a 2020 agreement with the Taliban which called for foreign troops to withdraw by May 1.

The current parliamentary mandate for the German operation with up to 1,300 troops expires at the end of March.

"No matter whether we like it or not: The presence of international troops remains one of our most important leverages, without international pressure the Taliban will not seriously engage in a political solution," Maas said.

"If we hastily pull out our troops we run a significant risk that the Taliban will seek a solution on the battle field instead of continuing the negotiations," he added. 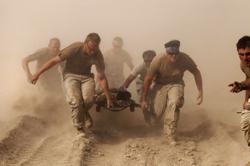