FILE PHOTO: Ronia, 24, a member of the German NGO Jugend Rettet watches rescuers from the Save the Children NGO transferring migrants from the vessel Iuventa to their ship after her organisation rescued them from an overcrowded dinghy during an operation off the Libyan coast in the Mediterranean Sea September 21, 2016. REUTERS/Zohra Bensemra

ROME (Reuters) - A German aid group that operated a migrant rescue boat in the Mediterranean said on Wednesday Italian magistrates were set to charge 21 individuals and three human rights groups with aiding illegal immigration from Libya.

The announcement came after magistrates in the Sicilian city of Trapani said they had concluded a three-year investigation centred on the Iuventa boat, which was run by the Jugend Rettet non-governmental group.

The magistrates did not make their findings public, but the Iuventa crew, which is kept abreast of legal developments, said they had been charged and faced up to 20 years in jail.

"Saving lives is never a crime. We will prove that all the operations of the Iuventa crew were absolutely lawful," the group's lawyer, Francesca Cancellaro, said in a statement.

Prosecutors have previously said they believed Iuventa crew members colluded with smugglers in 2016 and 2017 to organise migrant transfers at sea.

The developments in Trapani came on the day that a judge in Catania, on the opposite side of Sicily, ruled that four people, including employees of Doctors Without Borders (MSF), should stand trial over accusations that they illegally dumped potentially hazardous waste at Italian ports after rescue missions.

The Catania case revolves around operations carried out by the Aquarius and Vos Prudence boats. Magistrates say crew members illegally dumped tonnes of rubbish in city waste bins between 2017-18 after returning to port from various trips.

MSF has denied the charges and said the legal suit was part of a broader effort by Italy to halt rescue operations.

In a third case this week, Sicilian prosecutors accused the Mediterranea NGO of receiving illegal payment from the Maersk shipping company in return for picking up a group of migrants that one of their ships had saved off Libya last August.

Both the NGO and Maersk denied any wrongdoing.

Italy used to be a prime route into Europe for hundreds of thousands of migrants. Numbers of new arrivals fell sharply at the end of the last decade, partly because of a crackdown in Libya against smugglers, but there was a pick up in 2020, with 34,154 migrants arriving by boat against 11,471 in 2019.

The increase has continued into 2021, with arrivals doubling in January and February by comparison with last year.

Despite the raft of legal challenges, the number of NGO boats putting to sea is also rising.

The Sea-Watch 3 boat, operated by a German charity, was given permission on Wednesday to bring 363 recently rescued migrants to Sicily.

Separately, another of the NGO's boats, Sea Watch-4, was given the go-ahead to put to sea again by a court in Sicily, which had impounded it for alleged irregularities.

"After an arbitrary blockade of six months, the ship is finally free and can soon return to the central Mediterranean to rescue those the EU would let drown," Sea-Watch said on Twitter. 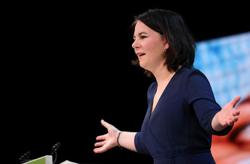