BERLIN (Reuters) - "Serious departures" from democratic norms were a core factor in driving the United States to its lowest in eight years on a global corruption index in 2020, watchdog Transparency International said on Thursday.

The group's annual report on business leaders' perceptions of corruption - which gave the United States a score of 67 out of 100, down from 69 in 2019 - also cited weak oversight of the country's $1 trillion COVID-19 relief package.

That put the United States behind Bhutan and Uruguay in 25th place, down from 23rd in 2019.

Referring to alleged conflicts of interest and abuse of office at the highest level, it described what it called the U.S. president's attempts to pressure election officials and incite violence in order to change certified vote counts as "among the most serious departures from ethical democratic practice."

Denmark and New Zealand continued to top the Corruption Perceptions Index (CPI), both with 88 points, while Syria, Somalia and South Sudan are still at the bottom.

"The past year has tested governments like no other in memory, and those with higher levels of corruption have been less able to meet the challenge," she said in a statement.

Transparency International noted that Uruguay, with the highest score in Latin America, invests heavily in health care, which has helped its response to COVID-19, while low-ranked Bangladesh has seen corruption flourish during the pandemic.

It also said that countries with more corruption had shown the worst record on the rule of law during the crisis, including the Philippines, where it said the response to COVID-19 had brought major attacks on human rights and media freedom.

The group said that 26 countries had significantly improved their scores since 2012, including Ecuador, Greece, Guyana, Myanmar and South Korea. 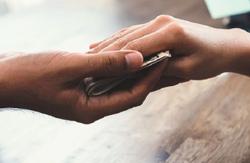