Poland appeals to Britain to repatriate man in vegetative state 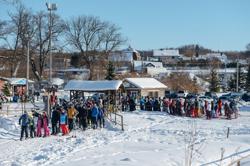 WARSAW (Reuters) - Poland has asked British authorities to let a man in a vegetative state in a Plymouth hospital be transported back to the country despite a British court ruling that life-sustaining treatment should be stopped.

A Polish government official said on Saturday he had written to Britain's justice minister about the case which has rekindled public debate about the right to life and divided opinion amongst members of the man's own family.

"Today I contacted the justice minister of Great Britain with a request to transfer our compatriot to Poland," Deputy Justice Minister Marcin Warchol told a news conference.

The British ministries of justice and health had no immediate comment.

Poland's ruling Law and Justice party is closely aligned with the Catholic Church, and both politicians and clergy have spoken out against the removal of the man from life support, citing religious beliefs about the sanctity of human life.

The middle-aged Polish man, referred to as RS, suffered a heart attack, according to University Hospitals Plymouth NHS Trust, leaving him in a coma and then a vegetative state.

"The Trust's care and treatment for RS has been entirely accordance with the rulings of the courts. We continue to provide compassionate care, as we do to all patients at the end of life," a spokesman said on Friday.

Poland has moved to grant RS a diplomatic passport so that he would not be subject to the rulings of British courts and it has a medically equipped aircraft on hand to transport him.

A Polish court approved the transportation of RS to Poland for treatment on Friday. 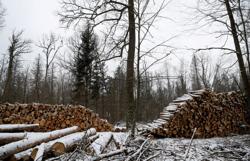 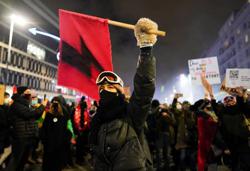