FILE PHOTO: Opposition leader Juan Guaido speaks to the media during a news conference the day after the parliamentary election in Caracas, Venezuela, December 7, 2020. REUTERS/Manaure Quintero

BRUSSELS (Reuters) - The European Parliament called on EU governments to recognise Juan Guaido as Venezuela's interim president in a resolution on Thursday, after a downgrade of his status by the bloc earlier this month.

The EU's 27 states said on Jan. 6 they can no longer legally recognise Guaido as the country's legitimate head of state after he lost his position as head of parliament following legislative elections in Venezuela in December, despite the EU not recognising that vote.

The resolution, which was approved with 391 votes in favour, 114 against and 177 abstentions, is not legally binding but carries political weight.

The European Parliament "calls on ... the member states to unequivocally recognise the constitutional continuation of the legitimate National Assembly of Venezuela elected in 2015 and the legitimate interim President of Venezuela Juan Guaido", it said.

The assembly elected in 2015 was held by the opposition, whereas the new assembly is in the hands of Maduro's allies, after the opposition called on Venezuelans to boycott the vote.

Guaido is still seen by the United States and Britain as Venezuela's rightful leader. Following the disputed re-election of President Nicolas Maduro in 2018, Guaido, as head of parliament, became interim President.

EU diplomats have stressed that the bloc does not recognise Maduro as president.

Guaido thanked the European Parliament in a tweet for "supporting the constitution and Venezuelans" by recognizing him as president of the National Assembly, a committee of lawmakers who assert they are the country's legitimate legislature, arguing the 2020 parliamentary elections were fraudulent.

"Venezuela's legitimate dialogue is in this Parliament, focused on achieving free and fair elections," he added.

The European Parliament was quick to recognise Guaido as interim president in early 2019 and awarded the Venezuelan opposition its annual human rights prize. It called for further sanctions against the Maduro government, on top of those already imposed, to decry what it views as rights violations and the rupture of democracy.

Josep Borrell, the EU foreign policy chief, told Reuters in an interview on Tuesday that the bloc still considered Guaido to be opposition leader and a critical figure in the effort to bring about new presidential elections in Venezuela.

Status as interim president gives Guaido access to funds confiscated from Maduro by Western governments, as well as affording him access to top officials and supporting his pro-democracy movement domestically and internationally. 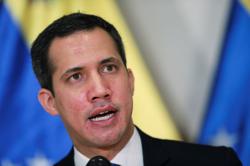 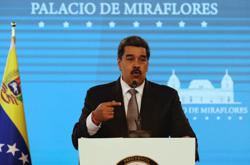