Abdulhafith made his remarks during a meeting with German Ambassador to Libya Oliver Owcza, according to a statement issued by the Libyan Interior Department.

"Abdulhafith explained that organizations concerned with (illegal) immigration operate outside of Libya under the pretext that Libya is classified unsafe, which is a complete contradiction as they propose to the Libyan authorities to integrate immigrants into the Libyan state," the statement said.

Abdulhafith also stressed the need to create sources of income in the immigrants' countries of origin, especially Libya's neighboring countries, in order to reduce the number of illegal immigrants crossing through Libya.

He added that it requires joint international efforts "to reach urgent solutions that do not affect the sovereignty of the Libyan state and refuse to settle immigrants (in Libya) in any way."

Thousands of illegal immigrants, mostly Africans, choose to cross the Mediterranean from Libya toward Europe, due to the state of insecurity and chaos in the North African nation following the fall of former leader Muammar Gaddafi in 2011.

Immigrant shelters in Libya are crowded with immigrants either rescued from the sea or arrested by the Libyan security forces, despite international calls to close those centers. 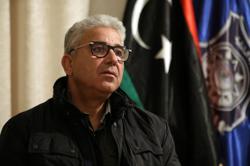 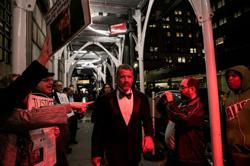