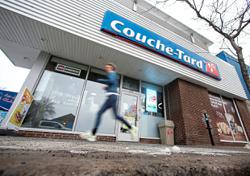 "My answer is extremely clear: we are not in favor of the deal. The 'no' is polite but it's a clear and final 'no'," he told French cable channel BFM TV.

"It is my role to defend the strategic interests of the country," he said. "Food security is strategic for our country so that's why we don't sell a big French retailer."

Le Maire described Carrefour as France's largest private employer with more than 100,000 workers, which is responsible for nearly 20 percent of food distribution in the country.

Under French legislation on foreign investments, which includes strict takeover rules to protect companies deemed strategic, the government can refuse to authorize an investment if the conditions imposed are not respected.

The decree, signed in July 2020, covers the fields of national defense, artificial intelligence, microchips, space technology and the retail sector.

"We have the legal instrument at our disposal, I would rather not have to use it," Le Maire said.