NAIROBI, Jan. 13 (Xinhua) -- Massive tax rebates and financial aid that governments have been offering multinational beer firms has fuelled a public health crisis while undermining the productivity of a young workforce, says a report that was launched in Nairobi on Wednesday.

The report by Vital Strategies, a global health advocacy organization says that subsidizing the beer industry has been counterproductive.

"While incentives to the alcohol industry are often justified as economic benefits to the countries, the data shows incentives end up placing an even greater burden on health systems," said Rebecca Perl, vice president of Partnerships & Initiatives at Vital Strategies.

Statistics from the World Health Organization (WHO) indicate that harmful alcohol consumption is to blame for about three million deaths annually across the globe.

It says that governments have been quick to roll out fiscal incentives for the alcohol industry without putting in place adequate buffers to minimize the negative health and social impacts of beer consumption.

"The cost of alcohol consumption is estimated to be more than 1 percent of gross domestic product (GDP) in high and middle-income countries," it adds.

According to the report, governments and multilateral lenders have been incentivizing the alcohol industry through tax breaks along key value chains like production and marketing.

The new report says that in 2017, the top ten alcohol producers were exempted from paying taxes on 65 billion shillings (1.5 billion U.S. dollars) spent on beer advertising alone in the United States.

It says that development assistance to the alcohol industry provided by governments in the industrial north has been accompanied by a negative toll on the health of societies and economies in the global south.

"So many lives are harmed than are helped with these incentives to the alcohol industry," said Murukutla.

She urged governments and donors to take cognizance of the harmful impact of financial assistance to the alcohol industry that includes broken societies and reduced productivity. 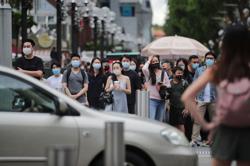