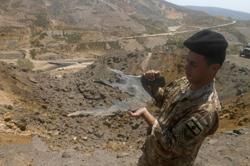 CAIRO, Jan. 11 (Xinhua) -- Turkey counts down to mass inoculation against the COVID-19 pandemic while experts have called on all to show no hesitance towards the vaccination program. Meanwhile, Lebanon declares a state of emergency between Jan. 14-25 that includes a total lockdown to restrict the spread of the virus.

After it received CoronaVac vaccines, which were developed by the Chinese biopharmaceutical company Sinovac, at the end of December, the Turkish government has been planning to roll out a mass vaccination program later in January.

The samples of the CoronaVac vaccine are undergoing testing in the health ministry's labs for emergency use approval and the results are expected soon, according to Daily Sabah.

Turkish Health Minister Fahrettin Koca said health care staff and nursing homes will be the first to receive the vaccines.

Turkish President Recep Tayyip Erdogan on Friday said the government has been continuing its work to launch the vaccination process in line with a calendar.

"Currently, we have three (vaccine) sources, namely from China, Germany, and our domestic (products)," Erdogan said.

Experts have repeatedly asked people to trust the vaccines while prominent figures like Erdogan and Koca announced that they would get inoculated publicly to set an example. Recent reports have shown that more people are open to vaccines than before after seeing the impact of the outbreak on society.

"Mistrust against vaccines are unfounded. Thanks to vaccines, polio, and measles have been eradicated, saving millions of lives," Gule Cinar, a virologist from an Ankara hospital told Xinhua.

"Once we achieve a high level of immunity, we will go back to our old lives. Without the vaccine, this won't be possible. Everyone should trust the vaccines," she insisted.

Explaining that at least some parts of life, like education, need to return to normal as soon as possible, Ates Kara, a member of the Coronavirus Scientific Advisory Board, said vaccines are "the strongest weapon" humans have against the pandemic.

Indicating that the country has witnessed significant drops in confirmed cases since the introduction of weekend lockdowns and curfew last November, Kara said the measures proved their effectiveness, and shouldn't be eased prematurely.

The health ministry on Monday reported 10,220 coronavirus infections, down from around 30,000 before the restrictions were reimposed. The country's total infection tally is over 2.3 million.

Also on Monday, Lebanon's Higher Defense Council declared a state of emergency between Jan. 14-25 that includes a total lockdown to fight the surging pandemic, which has almost brought the country's health system to down its knees.

"The tragedy that we see at hospitals requires serious measures so that we can reduce the extent of the disaster caused by the spread of coronavirus," President Michel Aoun said at the start of the meeting for the Higher Defense Council.

Lebanese authorities came under heavy criticism after they have relaxed restrictions ahead of Christmas and New Year in an attempt to help the economy. This has increased the number of daily infections to a dangerous level.

The ministry also reported 11 new deaths, raising the death toll from the infectious virus to 12,906, and 2,035 more recovered cases, bringing the total recoveries to 558,777.

Iraqi Minister of Health Hassan al-Tamimi met with senior ministry officials to discuss developments of the epidemiological situation in Iraq, the region, and the world.

During the meeting, al-Tamimi stressed the importance of intensifying awareness-raising efforts to contain the coronavirus pandemic in Iraq and to prevent the entry of the new strain of the virus that swept many countries in the world.

The Omani health ministry on Monday announced 172 new COVID-19 infections, raising the total number of confirmed cases in the sultanate to 130,780.

The Omani health ministry had reported the first case of a new strain of the pandemic in a British citizen permanently residing in the sultanate.

Also on Monday, Qatar added 203 new COVID-19 infections, raising the total number of confirmed cases in the Gulf state to 146,068.

According to a statement by the Ministry of Health, the death toll mounted to 7,767 as 24 COVID-19 patients died in the last 24 hours.

Algeria on Monday reported 225 new COVID-19 cases in the past 24 hours, bringing the total infections in the North Africa country to 102,369.

The death toll from the coronavirus in Algeria rose to 2,812 after five new fatalities were recorded. 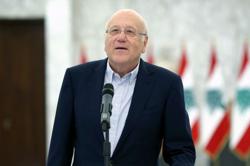 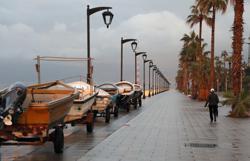