By Matthias Williams and Gabrielle Tétrault-Farber 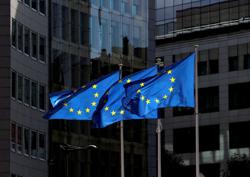 Lukashenko hugged Rene Fasel, president of the International Ice Hockey Federation (IIHF), as they met in Minsk to discuss the May-June event.

In power since 1994, Lukashenko launched a violent crackdown against protests following an election last August that opponents say was rigged.

He denies fraud and has remained in power with help from ally Russia while Western countries imposed sanctions.

Denying hosting rights would deprive Lukashenko, an avid hockey fan and player, of staging the biggest international event in Belarus since the election.

"Fasel is shaking hands and hugging the dictator," Tsikhanouskaya tweeted. "A few miles away from them, people are imprisoned in inhumane conditions as political prisoners."

Lukashenko assured Fasel that Belarus could safely host the tournament. "Protesters and other dissatisfied people do not storm government offices and capitols here," he said, in an apparent jibe at last week's assault on the U.S. Capitol.

The Belta state news agency quoted Fasel as saying: "We do not want to mix sport and politics. Sport should unite nations not divide them."

On its website, the IIHF quoted Fasel as saying the organization was engaged in a careful evaluation of Minsk's capability to co-host the event and would be talking with various different groups.

"Repressions against peaceful demonstrators, including athletes, makes such event immoral & contrary to the principles of sportsmanship," tweeted its Foreign Minister Edgars Rinkevics.

Several prominent Belarusian athletes were jailed for taking part in protests. Others lost state jobs or were kicked off national teams.

"The cordiality and warmth with which Mr. Fasel talked to Mr. Lukashenko gave the impression that the meeting was not taking place in the country where more than 30,000 people have been imprisoned during the past four months," it said. 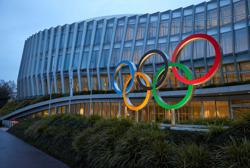 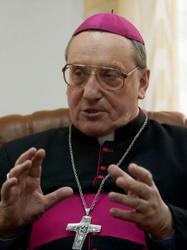