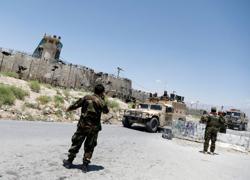 Speaking to reporters in Istanbul after Friday prayers, Erdogan said that Turkey's Health Ministry has been continuing its work to launch the vaccination process.

"Currently, we have three (vaccine) sources, namely from China, Germany, and our domestic (products)," Erdogan said.

The first shipment of 3 million doses of China's Sinovac COVID-19 vaccine had arrived in the Turkish capital Ankara on Dec. 30, 2020.

Erdogan noted that Turkish authorities are also in talks with the Germany-based BioNTech to obtain its COVID-19 vaccine.

The Turkish Health Ministry had earlier announced that Turkey would purchase up to 30 million doses of BioNTech's vaccine, which was developed jointly with the U.S. firm Pfizer.

Of the newly infected in the past 24 hours, 581 had to be hospitalized, the spokeswoman for Iran's Ministry of Health and Medical Education Sima Sadat Lari said at her daily briefing.

And 85 new deaths related to the coronavirus were registered in Iran, raising the death toll to 56,018 so far, according to Sadat Lari.

The spokeswoman noted 1,058,654 COVID-19 patients have recovered or been released from Iranian hospitals as of Friday, but 4,729 others are currently in critical condition.

The ministry also reported eight new deaths, raising the death toll from the infectious virus to 12,877, and 1,898 more recovered cases, bringing the total recoveries to 553,025.

Riyadh Abdul-Amir, head of the ministry's Public Health Department, said in a press release that despite the decline in COVID-19 infections and deaths, the epidemiological situation remains in danger if a new strain of the virus enters the country.

"The danger to the epidemiological situation comes either from the entry of a mutant strain of the virus into the country and our people have no immunity against it, or that the current virus could mutate inside the country," Abdul-Amir said.

Under the new restrictions, schools and most businesses were closed, and indoor gatherings were limited to a maximum of five people.

The Qatari Health Ministry announced 195 new COVID-19 infections, raising the total number of confirmed cases in the Gulf state to 145,466.

And 139 more recovered from the virus, bringing the overall recoveries to 142,453, while the fatalities increased by one to 246, according to a ministry statement.

In Oman, more than 14,900 people have received the Pfizer-BioNTech vaccine since the beginning of the national campaign of inoculation against COVID-19 on Dec. 27, 2020.

"The number of people injected the Pfizer vaccines in the first phase of the campaign in Oman reached 14,911, and the target of vaccination coverage was 54 percent," the official Oman News Agency quoted a ministry statement as saying.

The ministry earlier announced that the confirmed coronavirus cases in Oman rose to 130,070, the recoveries were 122,556, while the fatalities hit 1,505.

The Kuwaiti Health Ministry also announced the recovery of 244 more patients, taking the total recoveries to 148,483.

Charaf Abou Charaf, head of Lebanese Order of Physicians, announced that 10 Lebanese doctors died from COVID-19, 15 are staying in the intensive care units and 200 are in quarantine, Elnashra news website reported.

"Citizens must deal with the virus in a very serious manner in a bid to maintain operations in the health sector and prevent its collapse," Abou Charaf said.

He slammed practices by some citizens who celebrated the festive season of Christmas and New Year without taking the necessary precautions, calling upon authorities to increase their coordination and agree on common measures to better fight against the pandemic. 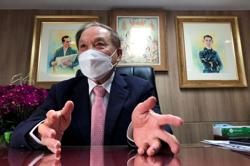