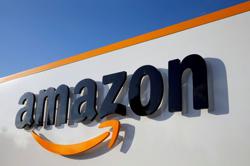 The company has or expects to have at least 5,000 employees in the three communities in the coming years, Amazon said.

Amazon's first investments include 381.9 million U.S. dollars in below-market loans and grants to the Washington Housing Conservancy to preserve and create up to 1,300 affordable homes on the Crystal House property in Arlington and 185.5 million dollars in below-market loans and grants to King County Housing Authority to preserve up to 1,000 affordable homes in the state of Washington, with additional investments to come in all three regions, the announcement said.

Amazon's Housing Equity Fund will also provide an additional 125 million dollars in cash grants to businesses, nonprofits, and minority-led organizations to help them build a more inclusive solution to the affordable housing crisis, which disproportionately affects communities of color.