Freight vehicles line up prior to boarding a train to France via the Channel Tunnel, amid the coronavirus disease (COVID-19) outbreak, in Folkestone, Britain, December 20, 2020. REUTERS/Peter Nicholls

"They are stuck in lorry parks with no toilets - it's becoming a catastrophe. No driver wants to deliver to the UK now, so the UK is going to see its freight supply dry up," said Vanessa Ibarlucea, spokeswoman for France's FNTR national road haulage federation.

The United Kingdom on Monday became shut off from the rest of Europe after its closest allies cut transport ties due to fears about a new coronavirus strain, sowing chaos for families and companies just days before it exits the European Union's orbit. 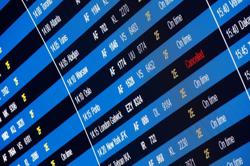 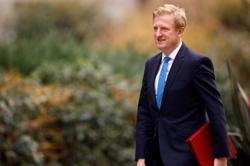