ROME (Reuters) - Rome is banning horse-drawn carriages popular with tourists from the city's streets, in a move aimed at protecting the animals after years of debate over their well-being, Mayor Virginia Raggi said on Wednesday.

"Carriages will no longer be able to circulate in the streets, in the traffic, but only inside the historic parks," Raggi wrote on Facebook.

The open-topped carriages, known as botticelle, are a lucrative business with some tour operators charging over 100 euros ($120) per person for a tour of the city monuments.

Animal welfare groups have long complained about the trade, saying horses suffer in the summer heat as they are forced to pull heavy loads over slippery cobble streets.

"You will never again see tired horses on the streets of the city during the hottest hours of the summer months, because we have expressly forbidden it," Raggi said.

Carriage drivers, struggling to stay afloat because of the coronavirus crisis, said Raggi's move would be a body blow.

"Trade in the parks will never be the same as the sort of business you can do in the city centre," said Angelo Sed, head of a carriage drivers' association. 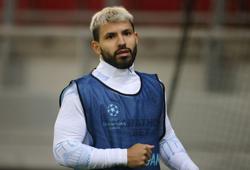