"Yes, December. The launch vehicle is ready," Rogozin wrote on Twitter when answering a question on whether the launch had been postponed to Dec. 11.

The Angara is a family of next-generation Russian space rockets. Russia carried out the first test launch of the Angara-A5 rocket in 2014 at the Plesetsk Cosmodrome in the country's northern Arkhangelsk region. 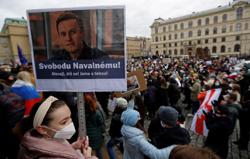