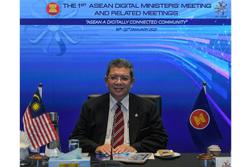 The experts also urged governments to strengthen and harmonize biotechnology policies and biosafety regulations to create an enabling environment for biotechnology development in Africa.

Denis Kyetere, executive director of African Agricultural Technology Foundation (AATF), noted that African leaders ought to promote a critical mass of expertise to enable the continent to exploit the benefits of the technology in improving agricultural productivity among farmers.

"Despite the proven benefits of biotechnology, investment in research and development in agricultural biotechnology has been unpredictable, with the majority of countries lagging in adoption of biotechnological products with only few crops advancing to commercialization," said Kyetere in a statement issued on Tuesday after a virtual roundtable meeting in Nairobi.

According to the experts, less than 30 percent of African countries have functional biosafety frameworks and the number of biotech products getting to farmers is still very low.

They urged governments to fully integrate biotechnology into Africa's agricultural development agenda to ensure that food and nutrition security is attained across the continent.

The experts were speaking during a continental consultative roundtable on agricultural biotechnology, innovation and emerging technologies for Africa's rural economic transformation, organized by the African Union Development Agency (AUDA-NEPAD) in collaboration with the AATF.

The high-level consultative meeting, graced by a panel of renowned agricultural experts across Africa, recommended that African governments create an enabling policy environment to harness the benefits accruing from agricultural biotechnology, innovation and emerging technologies in order to transform the livelihoods of smallholder farmers in African countries.

Jennifer Chiriga, Chief of Staff at AUDA-NEPAD pointed out that technology has been the most important singular driver of economic growth since World War II.

"It has been recognized that biotechnology plays a significant role in meeting the demand for industrial and agricultural production as well as medicine globally," Chiriga said.

Chiriga also noted that the benefits of biotechnology are concrete. However, the perceived risks associated with biotechnology remain hypothetical.

"Nevertheless, it remains imperative to be proactive and recognizant of the perceived risks than wait until something goes wrong. Thereafter, attempt to address those damages. Hence, the need for more robust Africa's research and development dialogue," Chiriga added.

Mahama Ouedraogo, director of the human resources, science and technology Directorate at the African Union Commission, noted that biotechnology presents an opportunity for African farmers to improve their seed quality and resilience as well as provide an efficient delivery system for water and nutrients.