Icona has been present in in the Chinese market for years. Focusing on the automobile sector, the Turin-based company maintains a representative office in Shanghai, and it boasts blending "European and Chinese business cultures."

Icona will present two concept cars and chassis for driverless cars, and a concept car designed specifically for young people drawing on the design, the company said, of cutting-edge smartphones and modern architecture.

"We believe the Chinese market is one of the fastest-growing markets in the world," Enea Colombo, general manager of the Icona Design Shanghai, was quoted in media reports. "In my opinion, the people of China are open to new concepts and this made the country the right place to introduce new technologies."

The third CIIE will take place in Shanghai from Nov. 5 to 10. 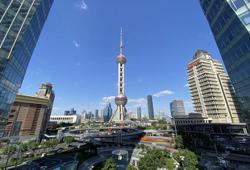