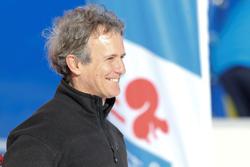 ISTAT said that the industrial orders index also rose in August by 15.1 percent, outstripping even the increase in turnover.

Over the June-to-August period, turnover and orders index rose by 35.9 percent and 47.3 percent, respectively, compared to the previous three months.

The two indicators are important barometers of the country's economic strength and are often leading indicators of gross domestic product growth further down the line.

However, the ISTAT noted that despite the strong gains compared to the previous month, the industrial turnover index in August was still down by 3.8 percent compared to the same month in 2019, with a 2.2 percent decrease in domestic sales and a 7.0 percent decline in foreign sales.

Comparing August to the previous month, the furniture and manufacturing sector saw the greatest growth, with turnover rising by 16.9 percent. Electrical and non-electrical equipment was next, rising 7.1 percent. The country's refineries were the weakest sector in terms of turnover in August, declining 29.2 percent compared to July.