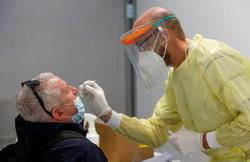 ROME, Oct. 3 (Xinhua) -- Two people were confirmed dead and at least 19 were reported missing due to a storm front that lashed northern Italy on Saturday, officials said.

"At the moment 19 Italians are missing in the Col di Tenda (mountain pass in the Alps at the border between France and Italy)... which has been struck by floods and landslides," the northern Piedmont region said on its website earlier Saturday.

The body of a 36-year-old man was extracted from a river after he fell into it in his car overnight, the Piedmont region's website said.

Earlier on Saturday, it was confirmed that a volunteer firefighter died during a rescue mission in the northern Valle D'Aosta region.

The Civil Protection Department has issued an orange weather alert for most of northern Italy for Saturday and Sunday due to "rain and strong winds."

An orange alert is one step below the highest-level red alert. 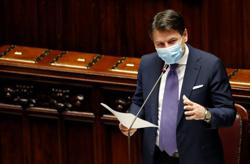