Poland government heads further to the right in new lineup

WARSAW (Reuters) - Poland's ruling nationalists appear to have a taken a turn further towards the right with the appointment of two ultra-conservatives in their new government lineup, raising the prospect of renewed friction with the European Union.

After weeks of internal rows over jobs and policies such as women's and LGBT rights, which threatened to break up the three-party Law and Justice (PiS) coalition, Prime Minister Mateusz Morawiecki is due to announce new posts later on Wednesday.

According to local media, the education ministry, at the heart of PiS' efforts to instill more conservative values in public life, is expected to go to Przemyslaw Czarnek, 43, a lecturer at a Catholic university who has said gay people are "not equal to normal people".

Speaking on Tuesday, Czarnek said schools should protect children from a moral and sexual revolution driven by "LGBT ideology".

"We will not allow for children to be exposed to an ideology ...that's contrary to values that have been the foundation of the Polish society for centuries," Czarnek told public TVP broadcaster.

Local media in Poland have also reported that Morawiecki will announce the creation of a new post of a minister without portfolio, to be responsible for citizens' affairs and "European identity" and headed by Michal Wos, 29.

PiS says the cabinet reshuffle aims to streamline decision-making at a time when the coronavirus pandemic has pushed economies around the world into recession.

Critics call it the byproduct of an internal squabble between the ultra-conservative Justice Minister Zbigniew Ziobro and the more pragmatic Morawiecki vying for succession after ageing PiS chief Jaroslaw Kaczynski, 71.

Kaczynski himself is expected to take the post of deputy prime minister, a rare venture into public life by a politician said to prefer working from behind the scenes.

Sources have said Morawiecki prefers a more tempered approach to issues such as the rights of gay, lesbian and transgender (LGBT) people, a view seen as reflecting a desire to patch up tense relations with Brussels. 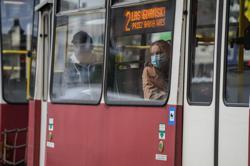