FILE PHOTO: A voter looks at the Presidential Preference sheet used as a ballot in the Nevada Caucus as he stands in line to vote at to vote at the caucus site at Liberty High School in Henderson, Nevada, U.S. February 22, 2020. REUTERS/Shannon Stapleton

DETROIT (Reuters) - A federal judge in Nevada has dismissed a lawsuit by President Donald Trump's re-election campaign that sought to block the state from sending mail-in ballots to every registered voter, a legal victory for Democrats ahead of November's election.

The order adds to wins for Democrats in battleground states, including in Wisconsin, Michigan, and Pennsylvania, where courts this month ruled that mailed ballots arriving within certain time periods after Nov. 3's Election Day must still be counted.

Trump's campaign had argued the Nevada law, which includes provisions mandating that ballots received up to three days after Nov. 3 be counted even if they lack a postmark, would lead to election fraud.

Experts say election fraud is exceedingly rare in the United States, but Trump, a Republican facing off against Democratic presidential candidate Joe Biden, has repeatedly said without evidence that an expected surge in voting by mail due to the coronavirus pandemic could lead to a "rigged" election.

In an order dated Friday but released on Monday, U.S. District Judge James Mahan dismissed the case, saying the Trump campaign does not represent Nevada voters, and did not have legal standing to bring the complaint, which he called "impermissibly generalized."

"Plaintiffs never describe how their member voters will be harmed by vote dilution where other voters will not," Mahan wrote, explaining in part his reasons for the dismissal.

"Not only have plaintiffs failed to allege a substantial risk of voter fraud, the State of Nevada has its own mechanisms for deterring and prosecuting voter fraud," he wrote, adding that the alleged injuries were "speculative."

The Trump campaign did not immediately respond to a request for comment.

Marc Elias, an elections lawyer working with Biden's campaign, said on Twitter that the ruling was a "big victory" for Democrats.

Nevada is among eight states that plan to mail every voter a ballot. Election officials in most states have encouraged at-home voting as the highly contagious nature of the novel coronavirus has made voting in person a concern.

Also on Monday, a federal judge in Wisconsin ordered that the state's absentee ballot receipt deadline be extended to Nov. 9 for all ballots mailed and postmarked on or before Election Day, adding the order was stayed for one week to allow for an appeal. 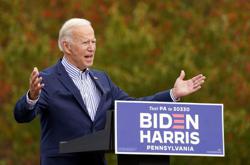 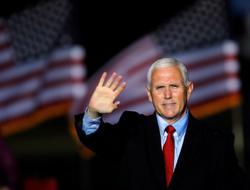