NAIROBI, Sept. 19 (Xinhua) -- When Quenter Oloo started trading in imported mahogany timber in the bustling downtown streets of the Kenyan capital, Nairobi, she was not sure whether a breakthrough would be realized.

"I was a little scared," Oloo told Xinhua during an interview on Saturday at her busy timber yard.

"I was not sure I could last for more than a month as I was competing against men who were already experienced in the business. There were no women around who owned timber enterprises that I could consult on turning the business into a successful venture," she added.

In 2013, Oloo ventured into the male-dominated timber business with a singular determination to succeed despite the huge bottlenecks that stood in her path.

She was 27 years with no advanced education or training on managing an enterprise that involved getting sellers in the Democratic Republic of the Congo (DRC), from where they export the mahogany timber.

According to Oloo, handling logistics, overseeing the production of wood products and managing a strong team was a Herculean task.

"When I started there were about 20 timber yards around and they were all run by men," said Oloo.

Her desire for the business started while working at a timber yard located inside an open-air market in downtown Nairobi.

Oloo was impressed to witness her employer's business thrive and she yearned to grasp the skills but the opportunity was limited as she was obligated to mainly offer clerical services.

That predicament minimized her exposure to the technical aspects of the timber business but in the sixth year, she decided to take a leap of faith amid a quest to become financially stable and support her immediate family.

Armed with 700,000 shillings (about 6,480 U.S. dollars) that included her savings and boost from her husband, Oloo started off with leasing space and importing 100 pieces of the mahogany timber.

She also employed two men and it is now seven years and she is still counting significant profits from the enterprise.

To stamp her footing in the business amid stiff competition with the renowned traders, Oloo used an ingenious customer relations tactic that later paid off.

And it took less than a year for her to get a trickle of customers into her timber yard.

By the time Oloo celebrated her second anniversary in the business, she had already progressed into buying two machines for processing the wood into doors and bindings.

She also increased volumes of imported timber to 500 pieces a month from 100 pieces.

"I started making good profits and reinvesting the profits. I now have six machines and eight workers and I can sell all the timber and the products in three weeks," said Oloo.

In the first two years of her business, she occasionally met customers who wondered how she got into the business perceived to be a preserve for men.

Oloo admitted that the old stereotypes about gender roles are gradually fading and she rarely encounters disapproving glances while at the timber yard.

"You cannot compare the business environment to a decade ago. We have women in the construction industry and motorcycle taxi business that used to be associated with men," said Oloo.

"Perhaps, the only caveat in this business is that you need men to help in carrying the timber since it is too heavy for a woman to carry on her own," she added.

Oloo is among growing ranks of women who are breaking the glass ceiling to join male-dominated careers.

Faith Asibwa joined the motorcycle taxi business in downtown Nairobi at a time it was regarded as a masculine undertaking.

"When I joined my male colleagues were aggressive. They could tell me to disown the motorcycle and be a housewife or find another feminine job," said Asibwa who is a mother of two.

She said that defiance and fortitude later paid off and she is among some 150 female motorcycle riders in the country , according to industry statistics.

"There is no crime in women venturing into motorcycle taxi business. They are in for earning a living and their choices ought to be respected," said Kevin Mubadi, chairperson of Boda Boda Safety Association of Kenya. 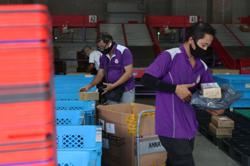 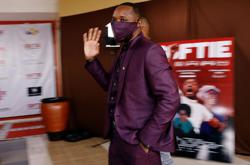 Kenyan documentary spotlights activist torn between family and the struggle