The government said on Wednesday it was readying plans to evacuate up to half a million people from central coastal areas as the storm was forecast to make landfall with wind speeds of up to 135 km (84 miles) an hour.

On Friday, Vietnam's weather agency said the storm would make landfall in a coastal area between Quang Binh and Thua Thien Hue province in the afternoon with wind speeds of 90 km per hour and should weaken to a tropical low within hours.

Graphic: Map showing the projected path of Tropical Storm Noul, which is expected to hit Vietnam’s coast north of Hue on Friday - https://fingfx.thomsonreuters.com/gfx/ce/yxmpjblorpr/StormNoul.png

Noul is forecast to dump up to 250 mm (9.8 inches) of rain in parts of central Vietnam, according to the agency.

Vietnam is prone to destructive storms and flooding due to its long coastline. Natural disasters - predominantly floods and landslides triggered by storms - killed 132 people and injured 207 others in the country last year.

On Thursday, authorities in some central provinces ordered vessels to stay in port and closed schools for the rest of the week, according to the government. 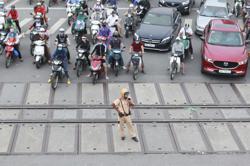 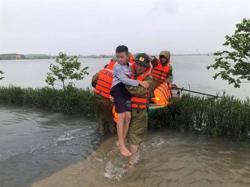