BEIJING, Aug. 5 (Xinhua) -- With the commissioning of China's self-developed BeiDou Navigation Satellite System (BDS), the concept of "BDS plus" is catching on. The navigation system's wide application in agriculture, transportation, and environmental protection is leading ordinary Chinese people to a better life.

Over the past 10 years, the total output value of China's satellite navigation and location service industry has increased by more than 20 percent annually. The output value reached 345 billion yuan (about 49.5 billion U.S. dollars) in 2019, and was expected to exceed 400 billion yuan in 2020.

In Beijing, tens of thousands of taxis have been equipped with BDS-enabled devices that can work together with ride-hailing platforms to raise efficiency and lower the empty-loading ratio. The device also enables traffic authorities to receive transport conditions in real-time, effectively improving urban traffic congestion and air pollution.

After years of market cultivation, the BDS has facilitated the informatization and modernization of China's transportation, and is significant in the establishment of a smooth, efficient, safe, and green transportation system.

The Ministry of Transport has released a roadmap to further promote the application of BDS in the country's railway, highway, waterway, civil aviation, and postal services.

The BDS also has wide prospects in the agricultural and fishery sectors. It helps fishermen in China's coastal regions by providing services such as fishing boat navigation, early warning of marine disasters, and short message communication.

In sea areas without mobile communication signals, the BDS allows fishermen to report their safety to their families through its distinctive short message function.

Thanks to the high-accuracy positioning provided by the BDS, driverless farm machinery can carry out high-precision farming tasks such as ridging and sowing on a Nenjiang farm in northeast China's Heilongjiang Province.

The BDS-based navigation terminal used on the farm was developed by a company under the China Academy of Space Technology. The company also applies BDS in precision agriculture by integrating satellite remote sensing, 5G, and the Internet of Things to evaluate soil moisture content and crop growth.

Peng Tao, chairman of the company, said they will expand the use of BDS in more areas, such as forest ecology construction and conservation.

With the help of a BDS-based terminal, rangers in the Shennongjia Forestry District in Hubei Province can report their location and path to the command center when they are patrolling the forest.

The application of BDS has no boundaries, and more efforts will be made to develop new satellite navigation technologies to provide better navigation, positioning, and timing services for mankind, said Xie Jun, chief designer of the BDS-3 satellite system. 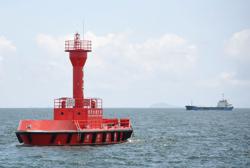 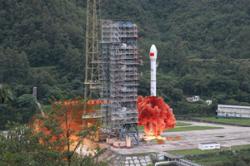 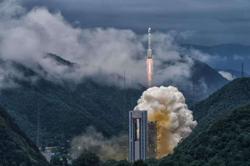