"Argentina has been an example of good practice in taking action very early. It was even among the first to order a total lockdown in March, when it still had very few cases," the director of PAHO's Department of Communicable Diseases, Marcos Espinal, told Xinhua during a videoconference.

The South American country launched social distancing and preventive measures, as well as mandatory isolation for cases of infection, on March 20. A general lockdown is in place until Aug. 16, and includes the suspension of in-school classes, closing of borders, and ban on social gatherings in public and private spaces.

"Despite the fact that today we are seeing an increase in cases, mortality in Argentina is very low. Argentina is a good example of good practice," said Espinal.

Argentina's government "brought the governors of all provinces, including from the (political) opposition, around the table," he noted, adding it led to a unified message across regions that was very effective.

However, there is still more to do, he said.

"Perhaps the recommendation is to further increase testing and continue the measures until you can ... decrease and flatten the curve," said the official. 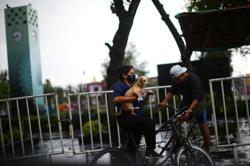 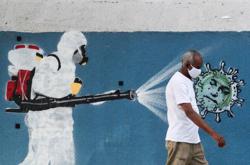