BERLIN (Reuters) - Very few of 2,000 school children and teachers tested in the German state of Saxony showed antibodies to COVID-19, a study found on Monday, suggesting schools may not play as big a role in spreading the virus as some had feared.

Germany began reopening schools in May, though debate continues as to the role children may play in spreading the virus to vulnerable adults at home as well as to older teachers and school staff.

The study by the University Hospital in Dresden analysed blood samples from almost 1,500 children aged between 14 and 18 and 500 teachers from 13 schools in Dresden and the districts of Bautzen and Goerlitz in May and June.

The largest study conducted in Germany on school children and teachers included testing in schools where there were coronavirus outbreaks.

Of the almost 2,000 samples, only 12 had antibodies, said Reinhard Berner from the University Hospital of Dresden, adding the first results gave no evidence that school children play a role in spreading the virus particularly quickly.

"Children may even act as a brake on infection," Berner told a news conference, saying infections in schools had not led to an outbreak, while the spread of the virus within households was also less dynamic than previously thought.

Saxony's Education Minister Christian Piwarz said the study showed schools in the state can re-open as normal following the summer vacation at the end of August with some conditions, such as mask-wearing and social distancing where possible.

Berner said the study was representative for the state of Saxony, which has a relatively low rate of infection compared to other parts of Germany.

For other states with low infection rates, the study suggests schools could be re-opened without causing widespread outbreaks of the virus, he said.

A separate study on antibodies against COVID-19 among blood donors showed that antibodies were found in only 1.3 percent of 12,000 blood samples, the head of the Robert Koch Institute for public health, Lothar Wieler, said on Monday. 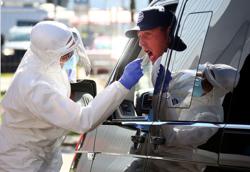 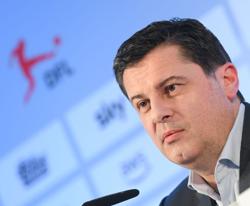 Bundesliga ready for return of fans if authorities approve