FILE PHOTO: Passersby walk on the crossing during the spread of the coronavirus disease (COVID-19), at Shinjuku district in Tokyo, Japan June 24, 2020. REUTERS/Issei Kato

TOKYO (Reuters) - With new coronavirus cases in Tokyo surging to a two-month high, Japan faces the prospect of a second wave without the experts who tackled the first phase of the epidemic.

Instead a new panel comprising a Nobel-prize winning geneticist, an artificial intelligence expert and a cardiologist will advise the government, as Japan seeks to revitalise its recession-hit economy.

The new advisory board, which will review steps taken so far, will be led by Kiyoshi Kurokawa, a physician who has served a variety of government posts and chaired a commission on the Fukushima nuclear disaster.

The reshuffle has raised concerns among some health experts over Japan's risk management capability as pandemic could re-intensify.

"Of course it is good to expand the scope by inviting broader disciplines but it looks like that this is not a scientific panel but simply another government committee managed by bureaucrats," said Kenji Shibuya, director of the Institute of Population Health at King's College, London.

Nonetheless, Japan has so far avoided the explosive coronavirus outbreak seen elsewhere by leaning on the advice of an ad hoc group of disease experts, such as Hokkaido University Professor Hiroshi Nishiura, who called for drastically curtailing social interaction and business.

But amid tumbling corporate sentiment, Economy Minister Yasutoshi Nishimura disbanded the group last week and pledged to reassemble it with members from various specialties including economists. The expert group, under the four new advisers, has not yet been identified.

Critics say the move was aimed at silencing experts demanding drastic measures to contain the virus.

"Experts tended to recommend what politicians/bureaucrats want to hear, but this tendency will be far more obvious," said Kentaro Iwata, a professor of infectious diseases at Kobe University Hospital.

Iwata came to international attention for criticising quarantine standards on the Diamond Princess cruise ship docked near Tokyo that became a focal point of international concern in the early months of the pandemic.

Asked for comment about the expert committee changes, a Health Ministry official pointed to a June 26 speech by Health Minister Katsunobu Kato who said the new group would incorporate experts in risk communication and other fields.

"We will make it clear that they are responsible for providing necessary advice from a technical standpoint," Kato said at the time.

Kurokawa, leader of the new board, did not respond to a request for comment.

The former group of experts was assembled in February as Japan faced its first major outbreak on the Diamond Princess. The group met at least 15 times, guiding policy on tracing clusters and calling for an 80% reduction in social contact.

Over time, media reported friction between the experts and government, and critics accused the group of caving in to government pressure by omitting a reference to asymptomatic transmission in one of its reports.

A member of the previous panel, Takaji Wakita, chief of the National Institute of Infectious Diseases, has said the government request was not the only consideration when deciding whether to inform the public about asymptomatic transmission.

"Obviously we had some kind of small conflicts, but that's the way of discussion," said Koji Wada, a professor at Tokyo's International University of Health and Welfare and an adjunct member of the disbanded panel.

"I think it's a good idea for us to have a more established entity for the discussion about infection control of COVID."

Others agree that Japan now needs a more balanced approach, as the epidemic moves into a risk-management phase.

"In the 'with corona' era, we do need political leadership to balance public health and the economy," Tomoya Saito, a director of the National Institute of Public Health.

(Reporting by Rocky Swift and Linda Sieg in Tokyo; Editing by Alison Williams) 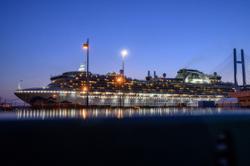 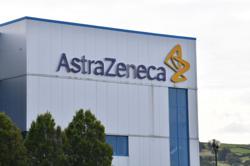 Japan in deals with AstraZeneca, Novavax for Covid-19 vaccines