A promotional image for Kellogg's spring onion flavoured cereal is seen in this handout photo released to Reuters on June 30, 2020. Mandatory credit KELLOGG KOREA/Handout via REUTERS

SEOUL (Reuters) - It is being hailed as a major win for democracy in South Korea. After 16 years in exile, a president this week triumphantly returned to claim his rightful place - on the front of a box of green onion-flavoured cereal.

The limited edition of the Chex cereal sold out within two days when it hit online stores, following years of almost ceaseless campaigning by enthusiasts.

The long road to the cereal aisle began in 2004 when Kellogg's Korea launched a light-hearted marketing campaign for Chex, a five-grain cereal, asking South Koreans to vote on a new flavour.

The PR stunt was meant to end in an easy victory for sweet Cheki. But the people did not agree.

Votes for Chaka surged past those for Cheki, catching Kellogg's unawares. Citing multiple votes by individuals, the company halted online voting, threw out duplicate votes and declared Cheki the winner.

Chaka fans cried foul, and decried Cheki's subsequent 16-year rule as that of an illegitimate tyrant. Chaka remained in the public consciousness via regular hashtags like #PrayForChex, and memes depicting the onion character as a freedom fighter.

"We never expected consumers would be interested in this product for over 16 years," Kim Hee-yeon, a spokeswoman for Kellogg's Korea, told Reuters. "Every time we launched new cereals or had promotional events, online communities would repeatedly ask for the flavour."

Chaka's success was so momentous that on the day it was announced earlier this month it surged past North Korea's bombing of an inter-Korean liaison office to become the top trending topic on South Korean social media.

"The cheating forces of Cheki were ousted and Mr. Chaka's 16-year struggle has finally come to an end," one fan wrote on Twitter.

A TV advertisement apologised for the delay and featured a small child whose dreams of onion cereal were crushed. Promotional materials included a faux political poster with an image of Chaka over former U.S. President Barack Obama's campaign slogan "yes we can."

Limited edition cereals are usually on sale for about three months, but that could be extended if sales are strong, Kim said. The company had been working on developing the cereal for 15 years, but had struggled to find the right onion flavour, she added. When it called for 50 "early tasters" it received more than 14,200 applications.

Traditional Korean breakfasts are often savoury and even spicy, and many people seemed to envision the onion flavour as a potential bar snack with beer, rather than in a bowl with milk.

"I had adult-like taste in food since I was young, so I love local food with garlic, green onion or kimchi," said food blogger Lee Soo-jeong, 24, who voted for Chaka as a child and was an early taster.

Her verdict on the long-awaited cereal?

"The green onion flavour is too mild." 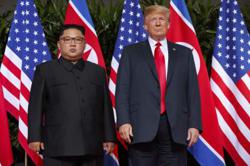 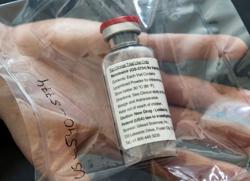