(Reuters) - A U.S. senator on Thursday urged Attorney General Bill Barr to provide an account of how surveillance technology has been deployed against Americans during protests over the death of George Floyd, an unarmed black man, in police custody.

Massachusetts Senator Edward Markey, a Democrat, told Barr that peaceful protesters "should not be subject to invasive surveillance" and asked whether the Department of Justice had authorized the use of facial recognition, unmanned aircraft, or cellphone tracking technology in connection with the rallies.

Concerns have risen amid sightings of drones and other surveillance aircraft deployed over American cities and reports about government plans to spy on protesters. A recent BuzzFeed News report said the Drug Enforcement Agency had been authorized https://www.buzzfeednews.com/article/jasonleopold/george-floyd-police-brutality-protests-government to conduct "covert surveillance" at the gatherings.

The news has intensified a backlash against the surveillance of protesters and surveillance technology in general.

On Tuesday, 35 members of Congress issued a letter to the FBI and other law enforcement agencies, describing urban drone flights as a "vast overreach of federal government surveillance" and demanding that officials "cease surveilling peaceful protests immediately and permanently."

Companies that make and market the technology have also come under pressure from Congress. IBM told https://www.ibm.com/blogs/policy/facial-recognition-susset-racial-justice-reforms lawmakers Monday it "no longer offers general purpose IBM facial recognition or analysis software." Amazon said https://blog.aboutamazon.com/policy/we-are-implementing-a-one-year-moratorium-on-police-use-of-rekognition Wednesday it was imposing a one-year moratorium on police use of its facial recognition software, dubbed Rekognition.

In a separate statement on Thursday, Markey said he was not satisfied by Amazon's move.

"Pressing pause on the use of this technology by law enforcement is a positive step, but what Amazon should really do is a complete about-face and get out of the business of dangerous surveillance altogether," he said. 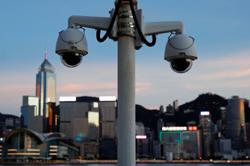 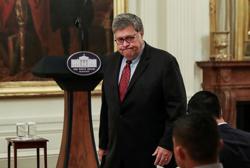 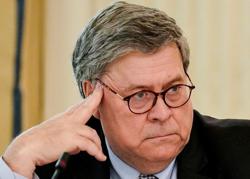