MUMBAI/NEW DELHI (Reuters) - India is likely to receive 102% rainfall of a long-term average this year, the state-run weather office said on Monday, raising expectations for higher farm output in Asia's third-biggest economy, which is reeling from the new coronavirus pandemic.

In July India could receive 103% rainfall of its long-term average and 97% in August, M. Rajeevan, secretary at the Ministry of Earth Sciences, told a news conference.

The IMD defines average, or normal, rainfall as between 96%and 104% of a 50-year average of 88 centimetres for the entire four-month season beginning in June. 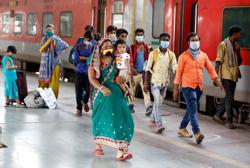 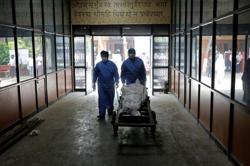 Daily coronavirus cases in India near 20,000 as Mumbai extends lockdown