PRAGUE (Reuters) - The Czech government is considering relaxing lockdown measures that have stifled the economy if an apparent levelling off in the growth of new coronavirus infections is confirmed in the coming days, officials said on Monday.

The country was among the first in Europe to declare a state of emergency in March, imposing some of the strictest curbs on public life to prevent the spread of the coronavirus when the proven number of cases was still below 200.

Data for the past few days have shown a single-digit percentage daily rise in new cases, to 4,591 on Monday.

Sunday saw the lowest absolute number of new infections since March 22, although figures compiled at weekends are somewhat flawed by lower testing numbers.

Health Minister Adam Vojtech said a continuation of the trend would allow the government to allow more shops to reopen from Thursday, such as those selling building materials or stationery, as well as some open-air sports activities where people do not congregate, such as tennis courts.

"We are clearly saying now that we are able to relatively well manage the pandemic here, it is not the pandemic managing us," Vojtech told a news conference.

"We are not facing massive increases in the numbers of patients - identified or hospitalised."

Vojtech said there would be no rush back to normality - any partial relaxation would have to be followed by a roughly two-week period to assess the impact and keep infections under control.

The Prague government also plans to carry out test samples of the population this week to gain data on the prevalence of the virus among the general public.

Elsewhere in Europe, Denmark has said it may reopen some businesses after Easter, while Austria also plans to loosen parts of its lockdown.

A vital aspect of relaxing the lockdown would be a "smart quarantine" plan under which testing teams, using geolocation data from mobile phones and bank transactions, would quickly access, isolate and test all contacts of newly identified patients deemed to be possible spreaders of contagion.

Vojtech said harsh measures now in place, including closures of national borders, schools, restaurants and most shops, and a ban on most non-essential movement apart from work, nature and family trips, could not realistically last for months.

Interior Minister Jan Hamacek said separately that a total ban on leaving the landlocked country, except for commuting workers, could be eased as well after the Easter weekend.

The Czech Republic had 72 deaths among COVID-19 patients as of Monday morning, and 391 people in hospital, including 84 severe cases as of Sunday night, Health Ministry data showed.

Worldwide, over 1.25 million people have been reported infected by the viral pandemic and 68,484 have died, according to the latest Reuters tally, with Italy suffering the highest national death toll. 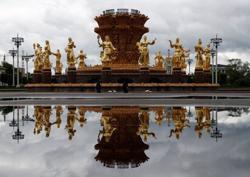