MADRID (Reuters) - Spain's government is fleshing out a 700-million-euro ($770 million) package to help private tenants through the coronavirus crisis and is likely to suspend evictions and rental payments for several months, a government source said on Monday.

The measures are expected to be approved at a cabinet meeting on Tuesday, the transport ministry source told Reuters.

The state will suspend evictions of tenants for six months and rental payments for four months for low-income households hardest-hit by the pandemic, which has forced Spain into lockdown.

Tenants would have to pay back the missed rent over a course of three to six years, according to the left-wing government's draft concept, which may change prior to its approval.

Through its public housing scheme, it will provide up to 600 million euros in direct aid to tenants in need.

Landlords owning eight or more properties would have to bear the planned four-month moratorium on rent.

Via Spain's public credit agency, the government also plans to provide about 100 million euros in soft credit access to people hit in the short term by the coronavirus crisis, hoping this will enable them to pay rent on time.

In addition, rental contracts due to expire in the next six months would automatically be renewed for a further six months.

Spanish bank Caixabank - which owns 21,000 homes through its real estate subsidiary BuildingCenter - said last Monday that it would waive rent during the state of emergency for any tenants who lost jobs or salaries due to the coronavirus outbreak. 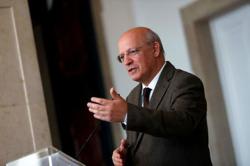 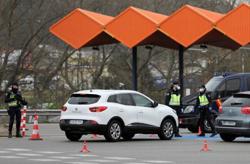