FILE PHOTO: Robert Mueller, as the nominee for FBI director, laughs as Senator Orrin Hatch of the Senate Judiciary Committee asks him how he performed on his lie detector test during a confirmation hearing July 30, 2001 in Washington. REUTERS/Win McNamee/File Photo

WASHINGTON (Reuters) - Robert Mueller brought an enviable reputation as the architect of the modern FBI and a force behind major criminal prosecutions to his job as special counsel investigating Russia's role in the 2016 U.S. election but has encountered a relentless campaign by President Donald Trump to discredit the probe.

Mueller, a longtime Republican, received bipartisan praise when he was named as special counsel in May 2017 to take over the Russia investigation after Trump fired FBI Director James Comey, whose agency had led the probe.

Trump and allies in the Republican Party and conservative media have sought to disparage Mueller, a 74-year-old former U.S. Marine Corps officer, and paint the entire Russia investigation as illegitimate and politically motivated.

Mueller, known for a tough, no-nonsense managerial style, has remained silent throughout the investigation that threatens Trump's presidency, letting his team's court filings and indictments do the talking. Several Trump aides and advisers already have been convicted or pleaded guilty as a result of the investigation.

The big question is whether Mueller will present evidence of criminal conduct by the president himself. Such findings could prompt the Democratic-controlled U.S. House of Representatives to begin the impeachment process laid out in the Constitution for removing a president from office for "treason, bribery, or other high crimes and misdemeanours."

Mueller was appointed director of the Federal Bureau of Investigation by Republican President George W. Bush in 2001 and, after unanimous Senate confirmation, started the job a week before the Sept. 11, 2001, attacks on the United States by al Qaeda militants using hijacked airliners that killed about 3,000 people.

Democratic President Barack Obama extended Mueller's service. By the time Mueller left the position in 2013, his tenure was exceeded in length only by J. Edgar Hoover's 48-year stint.

Mueller was credited with transforming the premier U.S. law enforcement agency after Congress and an independent government commission found that the FBI and CIA had failed to share information before the Sept. 11 attacks that could have helped prevent them. Mueller revamped the FBI into an agency centred on protecting national security in addition to law enforcement, putting more resources into counterterrorism investigations and improving cooperation with other U.S. agencies.

He put his career on the line in 2004 when he and Comey, then the deputy attorney general, threatened to resign when White House officials sought to reauthorize a domestic eavesdropping programme that the Justice Department had deemed unconstitutional.

In nominating Mueller in 2001, Bush said, "As a lawyer, prosecutor and government official, he has shown high ideals, a clear sense of purpose and a tested devotion to his country."

When Mueller stepped down as FBI chief, Obama called him "one of the most admired public servants of our time," adding, "I know very few people in public life who have shown more integrity more consistently under more pressure than Bob Mueller."

Trump has given a darker assessment, accusing Mueller of pursuing a "rigged witch hunt" while declining to sit for an interview with the special counsel's team.

The president in November 2018 wrote on Twitter: "Mueller is a conflicted prosecutor gone rogue. The Fake News Media builds Bob Mueller up as a Saint, when in actuality he is the exact opposite. ... Heroes will come of this, and it won't be Mueller and his terrible Gang of Angry Democrats."

He also has faulted Mueller for not investigating Hillary Clinton, the defeated 2016 Democratic presidential candidate.

Trump's attacks on Mueller appeal to his conservative political base as shown when he won cheers denigrating the special counsel during a March 2 speech to the Conservative Political Action Conference in Maryland.

After graduating from Princeton University, Mueller served in the Marine Corps during the Vietnam War, leading a rifle platoon and receiving commendations including the Bronze Star.

He became a U.S. assistant attorney general in 1991 and was a key player on high-profile federal prosecutions such as the 1992 convictions of former Panamanian leader Manuel Antonio Noriega and organised crime boss John Gotti and the investigation into the 1988 bombing of Pan Am Flight 103 over Lockerbie, Scotland.

After months of negotiations about a presidential interview with the special counsel's team, Mueller let Trump give written responses to questions about whether his campaign conspired with what U.S. intelligence agencies have described as Russian hacking and propaganda aimed at causing division in the United States and boosting Trump's candidacy. Trump provided the written answers in November 2018.

During his career Mueller had stints in private law practice but preferred government work. In the 1990s, he left a major law firm to take a low-level job in the U.S. Attorney's office in the District of Columbia, specializing in homicide cases at a time when the capital city had a high murder rate.

(Reporting by Will Dunham; Editing by Bill Trott) 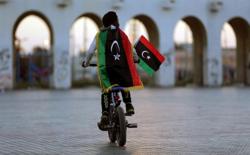