After summer's growth revisions, Macron has budget work cut out

PARIS (Reuters) - French President Emmanuel Macron will make the tough political choices needed to meet his deficit commitments, his government spokesman said, as he looked to put a bodyguard scandal behind him at his first cabinet meeting after the summer break.

Macron and his ministers in all likelihood need to find savings in next year's budget, to be presented to parliament next month, if they are to prevent the deficit from ballooning once again.

The president faced his first crisis in the summer when video surfaced of bodyguard Alexandre Benalla beating a protester. Macron's own aloof response fanned public discontent.

Now the 40-year-old leader returns to work facing difficult political choices as he embarks on a new wave of reforms to reform the pensions system, overhaul public healthcare and shake-up the highly unionised public sector - tasks complicated by forecasts that economic growth is slower than expected.

"A budget is not only figures, but a strategy, and strong political choices," Griveaux said, without giving details on the budget negotiations. "There will be (spending) increases and then we will require efforts from other sectors."

The French economy eked out less growth than expected in the second quarter as strikes and higher taxes hit consumer spending, official data showed in July.

Macron has linked fiscal discipline to restoring France's credibility in Europe, and while the budget deficit -- forecast at 2.3 percent of GDP this year and next -- should not surpass the EU-mandated 3 percent limit, it is still expected to be one of the highest in the euro zone.

The Bank of France has revised 2018 growth down to 1.8 percent from 1.9 percent. Budget rapporteur Joel Giraud in July said that a revision down to 1.7 percent could see the public deficit slip by 0.2 percentage points.

Beyond raising eyebrows in Brussels and Berlin, it would also complicate Macron's efforts to make transfers towards social policies that might help him dispel the impression among leftist critics that he is a "president of the rich".

"It would be more difficult to find resources for social spending," Ferrand said.

Elysee officials acknowledge growth was lower than expected in the first half, and say the housing and subsidised jobs portfolios will see sharp cuts to help finance Macron's priorities in education, security and the environment.

Last year, a cut of five euros ($6) per month to the same allowance contributed to a sharp slump in the president's popularity, which opinion polls show plumbing lows. 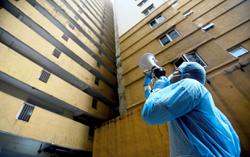