HONG KONG (Reuters) - Scientists are perplexed by the unusually high, and rising, number of deaths in southwestern China from a mysterious pig-borne disease and they are beginning to question if it is indeed swine flu.

Twenty-seven people in Sichuan province have died in recent days from the disease, which has sickened 104 others.

Chinese health authorities have identified the culprit as Streptococcus suis, a form of what is commonly known as swine flu. They say all those taken ill had slaughtered, handled or ate infected pigs, and there had not been any human-to-human transmission of the bacteria.

The authorities have dismissed speculation that the deaths were caused by bird flu, a virus that has killed over 50 people in Asia since late 2003.

Nevertheless, medical experts outside mainland China said the unusually high mortality rate of 20 percent and reports that many of the 27 victims died within a day of showing symptoms were inconsistent with what is known so far about swine flu.

Though endemic in swine, human infections are rare. And where they have occurred, mortality rates have been below 10 percent.

"It could be another disease altogther, it need not be Streptococcus suis because the presentation is so atypical," Samson Wong, a microbiology associate professor at the University of Hong Kong, told Reuters.

"In past literature, there have been one or two cases when people died within 36 hours, but those were exceptions rather than the rule. The deaths in China are very unusual," Wong said.

Wong also said many patients in Sichuan were bleeding under the skin, a symptom that has been cited in only two or three cases in medical literature on the bacteria.

The deaths have alarmed nearby Hong Kong because 15 percent of the pork it imports normally comes from Sichuan.

"You don't have to have an open wound for infection to get into the body. It's more likely that it could be under a cuticle ... some sort of break in the skin for something like that to get into the bloodstream," said Sian Griffiths, director of Hong Kong's Centre of Public Health.

China has suspended exports of chilled and frozen pork from two Sichuan villages to Hong Kong but lawmakers here lobbied the government on Thursday to ban pork imports from all of Sichuan.

Although the World Health Organisation says that clinical diagnosis of the disease in Sichuan seems to be consistent with past outbreaks, it too is puzzled by the unusually high incidence.

"It's not clear to us why we're seeing such a large case number," said WHO spokesman Bob Dietz. The last outbreak of Streptococcus suis in China was in 1998, and involved 22 people.

Dietz stressed that China's diagnosis of Streptococcus suis was only a preliminary one, especially since authorities there have confirmed the presence of the bacteria in only five cases through laboratory tests. Over 70 other cases were only clinically diagnosed to be swine fever.

"We'd like to see more of that gold standard proof (laboratory tests). You also have to discount the fact that there wasn't another co-infection from something else," he added.

Streptococcus suis is also known to cause deafness in humans, but that has yet to surface in Sichuan, Dietz said.

Chinese scientists are analysing the bacteria and have so far decoded seven of its genes, which they say are no different from Streptococcus suis bacteria isolated in past outbreaks overseas. That suggests that the bug in Sichuan has not mutated.

There is a constant fear among scientists that it could mutate and be passed among humans. Compounded with its deadliness, such a bug could unleash an epidemic, killing many.

"A bacteria has many many genes, not just seven. So could it be that there are other genes that are now different? Could this be a more virulent form of Streptococcus suis? It's all too early to say," he said. 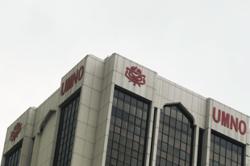 Umno postpones all divisional meetings due to Covid-19 pandemic