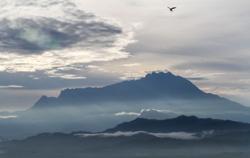 LAST WEEKEND, it was claimed that a Malaysian man in his 50s died while climbing Mount Kinabalu in Sabah. Did this really happen as claimed?

The man was reported unconscious at KM3.2 of the trail, before he was pronounced dead by medical officers when brought down the mountain.

"The Mountain Search and Rescue (Mosar) team was alerted at 1.23pm by a mountain guide that a climber had become unconscious when ascending the mountain.

"The team accompanied by Sabah Parks personnel and mountain guides, tried cardiopulmonary resuscitation (CPR) on the victim, before bringing him down to Timpohon Gate on a stretcher.

"The victim was declared dead by medical personnel, before being handed over to the police for further action," said a Fire and Rescue Department spokesman, adding that the operation ended at 4.30pm.