PETALING JAYA: The Immigration Department has debunked a WhatsApp message on “Home Affairs officials” going from house-to-house and “robbing people”.

It said that the message, which went viral recently again, is fake.

"The Immigration Department would like to stress that it is not true and it is done by irresponsible parties.

"The public is advised not to spread such fake news which would cause public outrage," it said in a statement on its Facebook page Sunday (July 11).

The department also called on the public to report any doubtful information for action to be taken. 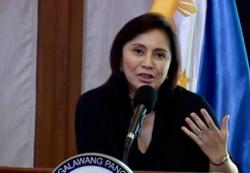