PETALING JAYA: The US embassy in Kuala Lumpur has debunked a fake news article that claims its government has listed Malaysia in its Visa Waiver Programme (VWP).

“The website concerned has all the markers of a fake news site and the article is not true.

“The State Department has made no recent announcement on the Visa Waiver Programme,” a US embassy spokesperson told The Star on Wednesday (May 1).

The website, News-AP, which seemed to be trying to associate itself with international news agency the Associated Press (AP), claimed that the US State Department had added 10 countries, including Malaysia, into its VWP.

The site also quoted US Secretary of State Mike Pompeo as allegedly having said that the addition of the 10 countries was part of a series of transformations the programme was going through.

The US embassy spokesman told The Star that if the US government was to make such a major announcement, the information would be posted on its official websites and social media platforms.

The spokesman also urged Malaysians to be conscious of where they obtained their sources of information.

“Just be aware that not everything you read on the Internet is true and having a little knowledge as to what some of the markers of what makes a credible and non-credible news service are good.

“If you look up the website that ran the article, it is only nine days old.  It is not an established news source, and although it looks like one at first glance, there are a bunch of tell-tale markers that it is unreliable,” he said.

The spokesman also said he did not know what the motivations were of those who wrote the article, adding that it was not good as it could confuse the public.

Other tell-tale signs are the article itself, which refers to Pompeo in subsequent mentions by his first name, “Mike”.

Checks by The Star found that the fake site, News-AP, was only created on April 22.

The actual website of the Associated Press is https://www.apnews.com/ and has its official black AP type face with a bottom red line logo on the upper left side of the website.

“There are many other websites running on the same server with it. A credible publisher would not host their website on public shared server,” he said.

Fong also said the fake site also has no background information as to who the owner or the publisher was.

He added that although the site has installed an SSL certificate, it did not guarantee the authenticity of the website’s content.

“A fake website can also install an SSL certificate too,” he said.

An SSL certificate is indicated by a green padlock icon on the web browser and enables encrypted security for online communications. Build on post-Abe momentum to put ties back on track: Korea Herald 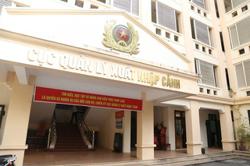 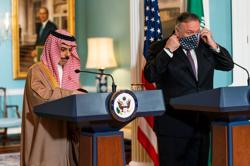