China’s Yunnan: magical mushrooms and stick insects on a food tour in the southwest

From deep gorges, to raging rivers and year-round snow-covered mountains, the remote, landlocked province of Yunnan has some of China’s most varied landscapes.

It’s home to more than 20,000 plant and animal species – more than half of the country’s total – even though it covers just 4 per cent of China’s land mass.

That may explain why almost everyone I met in Yunnan, from shopkeepers on Mohan on the Chinese border with Laos to taxi drivers in the capital Kunming, suggested that to really get a taste of the province’s specialities I try two things: bugs and wild mushrooms. 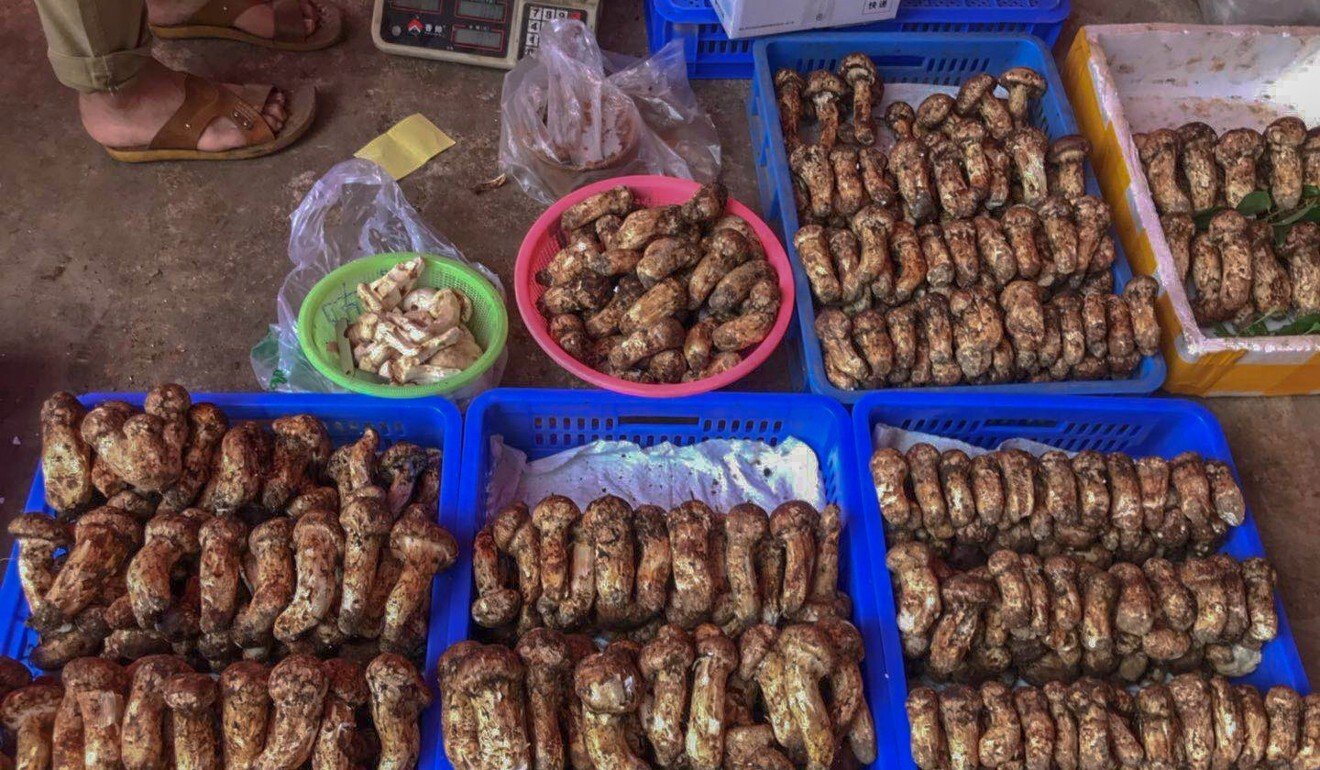 Among the dining options is Jun Xiang Yuan, which sits at the entrance of a night market in downtown Jinghong in a corner of the province called Xishuangbanna Dai autonomous prefecture.

When I was turned up on a late summer’s night at around 9, visitors were still lining up for the chance to get a table, a positive sign as the tourism industry struggled to get back on its feet after months of lockdown.

Its signature dish is chicken hotpot with eight kinds of fresh wild mushrooms, including bamboo fungus, chestnut mushroom and caterpillar fungus. The boss of the restaurant assured me that after 15 minutes on the boil in an iron pot, the soup had a “spectacularly fresh taste that you can’t get anywhere else”.

“You are lucky because it’s the harvest season otherwise you could only have frozen wild mushrooms,” he said.

The chance of a fresh taste – and profit – from mushrooms sends legions of villagers and visitors alike into Yunnan’s forests each year from May to late August.

The Ministry of Ecology and Environment estimates that more than 7,000 kinds of mushrooms grow across the province and many of them are edible.

Many mushroom hunters believe the fungal growths contain high health and nutritional value even though health authorities in China have repeatedly warned about the risk of poisoning.

Last year, the Chinese Centre for Disease Control and Prevention said 22 people died from eating poisonous mushrooms, making it one of the major causes of death by oral poisoning in the country.

The harvest season this year is bittersweet – some of the best wild mushrooms are usually sold to restaurants in Europe, Japan and South Korea but that trade has been upended because of the coronavirus pandemic, bringing down the price at home. According to the province’s official news portal, the average price of matsutake mushrooms, “the king of all edible mushrooms”, has plummeted from 20,000 yuan (about US$3,600) per kilogram in May to 500 yuan in July.

But this could be good news for Chinese diners with money to spare – in the corner of Shuimuhua Wild Mushroom Market in downtown Kunming, delivery firms offered to bring fresh wild mushrooms, from matsutake to chicken fir, to any door in the country within a few days. Unlike mushrooms, insects can be eaten almost year-round.

For 99 yuan, diners at a restaurant in Kunming can have an insect sampler called “Bugs Story”.

When the dish came, the insects were deep fried, the most common way to cook insects in China, and served on a plate with a red carnation on the top.

The flower didn’t stop me hesitating – I didn’t really want to move my chopsticks even though I thought it would be impossible to taste the original texture of the insects after being plunged into hot oil. After 10 minutes of struggling, I made a decision and put a honeybee pupae in my mouth, chewing it quickly before swallowing it.

It’s nothing but protein, I told myself. Not bad, I thought, and put a grasshopper in my mouth. That tasted a little bit harder. And then a stick insect and finally a large wood insect.

“How was it?” a friend asked after I sent him a photo.

I now know that when given a choice of deep-fried creepy-crawlies, stick insects and honeybee pupae are the ones to go for.