PHNOM PENH: Thailand’s CP Group will oversee the Cambodian debut of 7-Eleven convenience stores next year under a master franchise agreement with 7-Eleven Inc, the US subsidiary of 7-Eleven Japan Co.

CP All Plc, the conglomerate’s SET-listed retail arm, has concluded a deal with the US firm to operate 7-Eleven stores through CP All (Cambodia) Co beginning in 2021.

The first outlet will open in Phnom Penh, a spokeswoman for the Japanese retail group Seven & I Holdings Co said during an interview with Bangkok Post on Friday.

Cambodia is one of several overseas markets where the Japanese retail group is opening its flagship convenience store chain, the spokeswoman said.

Stores in Cambodia will offer products such as beverages and snacks found around the world as well as locally suited, ready-to-eat fresh food items.

The Japanese retail group also plans to advance into the Indian market within this year, the spokeswoman added.

CP All began operating 7-Eleven stores in Thailand in 1989 and today operates a network of around 12,000 outlets, the second largest in the world after the 20,000 stores in Japan, according to 7-Eleven Japan. - The Phnom Penh Post/Asian News Network 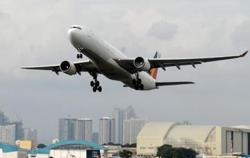