Speeding up disbursement of public investment is set to be critical to the post-pandemic economic recovery. – Photo vietnamfinance.vn

HANOI, May 8 (Vietnam News/ANN) – As Vietnam begins to employ unprecedented measures to recover from the economic ravages of the COVID-19 pandemic with hastened disbursement of public investment, supervision must be enhanced to prevent profiteering, politicians have warned.

This was highlighted in the report of the National Assembly (NA) Economic Committee sent to the NA Standing Committee to prepare for its 45th meeting that begins today.

According to the economic report, the total value of support packages for production, business and social welfare was estimated at VNĐ600 trillion (US$25.8 billion).

Such moves were unprecedented support in Việt Nam to ease the impacts of the COVID-19 pandemic and accelerate economic recovery, the committee said.

The fiscal support policies were issued in good time but there could be a lag for them to take hold because it would take time to issue guidelines to ensure the policies benefit the targeted groups, the committee said.

Noting that most of the support was in the form of cash, the committee urged supervision to be enhanced to prevent profiteering.

Regarding monetary and credit policies, the committee said more detailed instructions were needed to speed up loan restructuring and reduce lending rates. Restructured loans now account for just about 10 per cent of the total outstanding loans affected by the COVID-19 pandemic.

Many businesses were still facing difficulties in accessing loans with preferential rates due to requirements about mortgages, proving COVID-19'’s damages to their business and their cash flow for payment, thus, the policy remained not effective as hoped.

Statistics showed that despite the launching of the support package worth VNĐ165 trillion in loans with preferential rates, total outstanding loans as of April 10 posted a month-on-month decrease of 0.53 per cent. Only 22.4 per cent of 354,286 debtors managed to access preferential credit packages.

Notably, the economic committee said room for further cuts in lending interest rates was modest and there was a risk of bad debts rising after the pandemic. “The rate cuts and loosening monetary policies could weigh on inflation and exchange rates in the medium term, ” the report said.

Suppport in capital sources, such as from the credit guarantee fund for small and medium-sized enterprises, would be important for businesses, the committee said.

According to the committee, achieving a growth rate of 6.8 percent would be a big challenge.

However, a recession would not be likely as the Government’s success in controlling the spread of the virus, timely issuing of economic stimulus package together with flexible monetary policy and fiscal policy had helped increase the economy’s resistance against shocks.

While other investment sources slowed down, increasing disbursement of public investment which was planned at nearly VNĐ700 trillion this year would be effective to accelerate post-pandemic economic growth, the committee said, adding that if necessary, the budget deficit should be widened more than the planned ratio of 3.44 per cent of gross domestic product this year.

The focus must be planned on maintaining the macro-economic stability, controlling inflation, stabilising the financial and monetary market as well as the banking system.

Prices of products under the Government’s management should not be increased this year, the committee added. – VNS 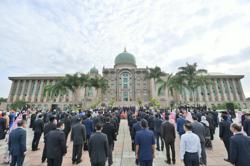 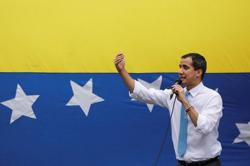