Thailand goes full steam ahead in hunt for Covid-19 vaccine 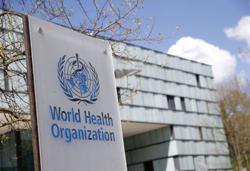 BANGKOK (The Nation/ANN): Several health organisations in Thailand and other countries have speeded up operations to find a way of dealing with the Covid-19 contagion, with up to 70 candidate vaccines being developed by companies registered with the World Health OrganiZation (WHO).

Vitoon Vonghangool, president of Thailand’s BioNet-Asia, said if the vaccine currently being tested on rats proves to be effective, tests on humans will be held before it is put in for registration with the Food and Drug Administration (FDA).

“This operation will be under the supervision of the Public Health Ministry, though the progress will also be reported to WHO, ” he said.

He added that the company has spent about Bt200 million on materials for the vaccine development, and expects to spend another Bt1 billion on human trials and to register with the FDA.

“We initially aimed to only produce the vaccine for medical personnel before cooperating with the authorities to expand the production, ” he said.

Dr Nakorn Premsir, director of the National Vaccine Institute (NVI), said the institute has signed a contract with a leading university in China to conduct tests on the vaccine, which should be completed in the second half of this year.“

This university has already developed many vaccines, ” he said. “We are also negotiating cooperation in vaccine development with other organisations in China, South Korea, Japan, US, and Germany.”

He added that NVI in collaboration with the National Research Council of Thailand (NRCT) has granted funds for vaccine research in Thailand as well. - The Nation/Asia News Network

Covid-19: Another million AstraZeneca vaccines to be available for opt-in registration
Covid-19: 4,140 new cases bring total to 466,330
Australia carries out first repatriation flight from India after travel ban
Dr Wee: Foreign crew of vessels originating from India not allowed to sign off
From Vietnam to Vogtland: Leaving home to care for Germany's elderly
JKJAV: Those exposed to Covid-19 cases must reschedule vaccination appointments
KLCI futures to trade higher next week
CPO futures to move higher next week
Death toll rises as violence rocks Gaza, Israel and West Bank
BTS makes cover of 'Rolling Stone' magazine, the first all-Asian act to do so