Glen Wood with his son who is now four. - Photo courtesy of Glen Wood

TOKYO (The Straits Times/ANN): A Tokyo court has ruled against a single father, who accused his former employer Mitsubishi UFJ Morgan Stanley, of unjustly sidelining him after his only son was born, in the first paternity harassment judgment in Japan.

Presiding Judge Kenkichi Sakuma dismissed claims by Glen Wood, who had been head of global equity sales, that he was deliberately not given work and shut out of meetings after returning from paternity leave in 2016.

In the 72-page judgment seen by The Straits Times, the judge also rebuked Wood for his "flagrant disregard that his actions to publicise his case in the media had impugned the bank's credibility and honour without objective basis".

The judge added that the brokerage giant was, therefore, justified in sacking Wood, 50, a Canadian who has lived in Japan for more than three decades and is fluent in Japanese.

Wood told The Straits Times that an appeal was filed last Friday (April 17), and that he will not be silenced on a major societal problem.

He added that he was prepared for a prolonged battle against a company that has gone on record to admit to harassment issues.

In a separate case, the firm privately settled a harassment lawsuit in New York brought by an equity salesman who said he was discriminated against.

Wood said he will escalate his case to the Supreme Court, as well as to international courts and the United Nations Human Rights Commission: "It's a very disappointing and sad decision - not just for me but for Japan."

With over 30,000 people having signed a petition in support, he said: "This is not just a formality trial for myself. There are many fathers and mothers who have long been oppressed by the Japanese system."

The "system" has been brought under much scrutiny, as the country stands at a crossroads in parental rights amid a ticking demographic time bomb.

A record low 864,000 babies were born last year, while a record high 98,222 minors were referred to welfare centres for abuse.

Child custody has also been thrust into the spotlight amid cases of "abduction" by one parent.

Fourteen plaintiffs, including 13 Japanese, filed a class-action lawsuit in February saying this was an unconstitutional violation of their rights as parents.

A Japanese father involved in the case, who asked not to be named, said his ex-wife upped and left with their children after an argument, and never came home again.

Their lawyer, Tamayo Omura, noting that joint custody does not exist in Japan, said: "In Japan, it is not a criminal offence if one spouse takes children away without the consent of the other spouse."

She added: "In fact, the judge usually rewards such behaviour by granting custody to the abductor, citing the principle of continuity."

Two European fathers with Japanese spouses have also raised the issue at the European Union, and Italy and Germany have issued advisories against Japan on this practice.

Maternity harassment has long manifested in horror stories of women being made to apologise for getting pregnant outside their "turn" and being accused by their employers of "selfishly breaking the rules".

Paternity rights, likewise, are under scrutiny. Environment Minister Shinjiro Koizumi won plenty of praise - and criticism - when he broke with the mould to take two weeks of paternity leave this year.

It was a valiant bid to set an example: Just 12.4 per cent of new fathers in the national government took paternity leave in fiscal 2018. This was a paltry 6.2 per cent in private firms.

Court cases like Wood's are stirring attention on this front.

In a pending case, a Japanese father has sued his employer, sportswear label Asics, alleging retribution and accusations that he was "not a team player" for taking time off when his two boys were born.

In Wood's case, he applied for paternity leave in 2015 but this was rejected given exceptional circumstances: he was unmarried; the mother, a foreigner, was in emergency labour in Nepal; and his son was born six weeks premature and was warded in intensive care.

MUFG demanded a DNA test from the boy before it retroactively granted paternity leave.

After his return, however, he said he was consigned to minimum work. But the court said there was "no evidence" to prove ill intent behind the reduced workload.

His lawyer, Yoshitatsu Imaizumi, said: "The decision to dismiss clear evidence, including e-mails, diary entries, schedules and colleague testimony was unfair, and we will continue to fight." - The Straits Times/Asia News Network 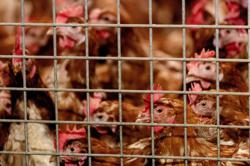 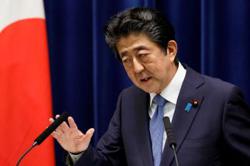