People sitting at a food court which is now enforcing social distancing measures, amid concerns of the coronavirus outbreak, at a shopping mall in Hong Kong. Up to 130 police from Hong Kong's elite tactical squad will be quarantined for 14 days after a second officer from the unit tested positive for virus. - AFP

HONG KONG: Up to 130 police from Hong Kong's elite tactical squad will be quarantined for 14 days after a second officer from the unit tested positive for the Covid-19 (coronavirus) symptoms, local media reported on Sunday (April 5).

All male officers who shared facilities with the infected officer - including toilets and changing rooms - at Kowloon West Operational Base in Shek Kip Mei will likely be subject to quarantine and testing, local broadcaster RTHK reported, citing a police statement in Cantonese.

Facilities at the base and police quarters where the officer lives have been disinfected. The department of health advised all anti-riot police to seek testing for Covid-19, the South China Morning Post reported.

Police said a day before that a sergeant from the anti-riot squad tested positive less than 72 hours after he carried out dispersal operations at an anti-government protest on Tuesday at protest hotspot Prince Edward Station.

They said the 46-year-old officer wore a mask and did not make any of the 54 confirmed arrests himself, in comments to press on Saturday.

The West Kowloon tactical squad has frequently responded to perceived threats from protesters since Hong Kong's anti-government movement first broke out in June over a now-defunct extradition bill.

Officers from another five regional anti-riot units will be recruited to handle the West Kowloon region while the officers complete their quarantine.

Hong Kong has more than 850 cases of the Covid-19 (coronavirus) that originated in Wuhan, the epicentre of the outbreak for China. - dpa/Asian News Network
Article type: free
User access status: 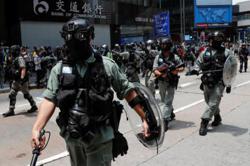 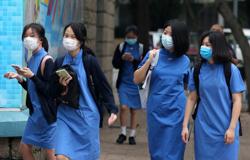