The 'unknown' awaits emerging markets after biggest moves since 2008

A woman is seen praying as a screen displays a broadcast of the Reserve Bank of India (RBI) Governor Shakitanka Das inside the Bombay Stock Exchange (BSE) in Mumbai, India. As most nations brace for a likely surge in Covid-19 (coronavirus) outbreak cases, the signals from the developing world could hardly be more worrying for investors. - Bloomberg

HONG KONG/SINGAPORE: Cracks are appearing across the emerging-market landscape like never before.

As most nations brace for a likely surge in Covid-19 (coronavirus) outbreak cases, the signals from the developing world could hardly be more worrying for investors.

Indexes of stocks, bonds and currencies may have risen last week as countries from India, Singapore and Brazil to South Africa enacted unprecedented measures to buttress their economies, but Friday’s retreat was a reminder the turmoil is far from over.

Trading on Monday (March 30) started poorly, with emerging equities and currencies under pressure and crude oil sliding to a 17-year low.

"We find it too soon to sound the all-clear,” Deutsche Bank AG strategists led by Drausio Giacomelli in New York wrote in a note to clients. Stimulus efforts "are largely insufficient to deal with a prolonged crisis, and it is crucial that current measures suffice to contain the pandemic globally. This remains unknown,” they said.

Asian policy makers are piling on further measures to counter the impact of the virus.

The People’s Bank of China on Monday lowered the interest rate it charges on loans to banks by the most since 2015, while Philippine central bank Governor Benjamin Diokno said over the weekend he’s ready to support the economy with further rate cuts and purchases of government securities.

More regions went on lockdown on Monday, including the Thai tourist island of Phuket, while Indonesia and Vietnam prepared possible quarantines of their largest cities.

The rand slumped to a record low in early Monday trading after Moody’s Investors Service cut South Africa’s debt rating to junk on Friday. The nation may approach the International Monetary Fund for the first time for funding to fight the virus, Finance Minister Tito Mboweni said.

Emerging-market stocks last week had their biggest rally since 2018 and currencies strengthened on the back of global stimulus measures. But a sense of foreboding lingers.

JPMorgan Chase & Co’s gauge of expected price swings in developing-nation currencies is headed for its biggest monthly jump since the height of the global financial crisis in October 2008. Equities are poised for their worst month since the crisis, too.

"In the large emerging markets of the world economy -- the likes of Brazil, Argentina, sub-Saharan Africa, India, Thailand, and Malaysia -- the virus has yet to arrive at full strength,” Adam Tooze, a Columbia University economic historian and the author of Crashed, an account of the 2008 crisis, wrote in Foreign Policy. "With their populations at risk, their public finances stretched, and financial markets in turmoil, many emerging-market states and developing countries face a huge challenge.”

Singapore’s Monetary Authority kicked off the week by recentering its currency band downwards and reduced the slope to zero, as economists predictedChina swiftly followed, with a 20 basis point in the seven-day repo rate.

Bank of Korea will provide US$12bil to banks in its first round of dollar injections using a currency swap line with the Federal Reserve.

China’s PMIs likely bounced back in March from record-low levels as the economy slowly restarted after a prolonged virus shutdown. The numbers are due this week

"This would point to the economy passing the nadir,” Bloomberg Economics said. "Even so, the improvement needs to be read with caution. Downside risks are rising as the virus spreads globally”

Investors are focusing on whether China’s lockdown has worked, given that production has started and restrictions in Hubei are set to be lifted on April 8PMI readings from other emerging markets will provide early data on the effect of the coronavirus on economies stricken by lockdowns and a slump in global trade. These include Poland, the Czech Republic, Hungary, Russia, Turkey, Nigeria and Ghana. - Bloomberg
Article type: free
User access status: 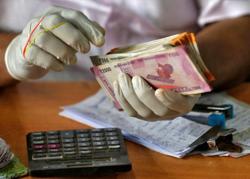 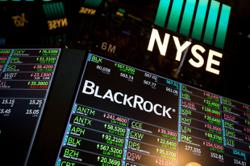