MANILA: The Philippines is moving to tackle widening fallout from the Covid-19 (coronavirus) outbreak, with the central bank approving the purchase of government securities to help boost state funding and legislators debating President Rodrigo Duterte’s request for extra powers.

Bangko Sentral ng Pilipinas will buy 300 billion pesos (US$5.8 billion) worth of debt from the Bureau of the Treasury under a three-month repurchase agreement, renewable for another three months, Governor Benjamin Diokno said Monday (March 23).

The government will use the funds to help contain the impact of the new coronavirus.

"This arrangement is the most cost-effective way for us to provide an extra lifeline to the national government,” Treasurer Rosalia de Leon said in a statement following Diokno’s announcement.

The central bank’s latest move comes as Philippine lawmakers scramble to approve Duterte’s request to reallocate this year’s budget, purchase medical equipment without bidding and take over companies in key sectors if the pandemic worsens. The Philippines joins peers including Thailand in bolstering liquidity in the bond market as yields jump and the world faces a recession.

Domestic growth this year could ease to 4.3%, Economic Planning Secretary Ernesto Pernia said earlier on Monday. That would be the slowest expansion since 2011 and down from 5.9% last year.

The Bureau of the Treasury on Monday rejected all bids for government bills to prevent a spike in borrowing costs as demand was just 70% of the 20 billion pesos offered. Yields on six-month and one-year bills would have jumped more than 100 basis points if the Treasury had accepted the bids.

The central bank’s move to buy government bonds "will help arrest the rise in debt yields,” said Michael Gerard Enriquez, chief investment officer at Sun Life of Canada Philippines Inc. "Nobody wants to buy government securities at this time, so this move will help address the lack of liquidity,” Enriquez said.

"We view this as allowed in extraordinary times. And these are extraordinary times -- a once-in-a-lifetime crisis,” Diokno said of the central bank’s decision to buy government debt. - Bloomberg
Article type: free
User access status: 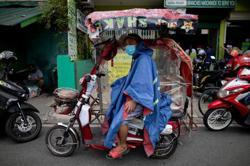 Philippines capital comes back to life although virus threat lingers 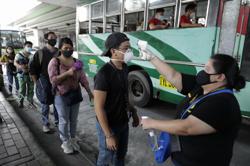 Manila comes back to life although virus threat in Philippines lingers Manila comes back to life amid virus threat