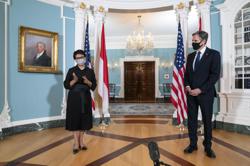 JAKARTA (Xinhua): China has earned precious time for the world in the battle against COVID-19 and embodied a high sense of responsibility for global public health, a renowned Indonesian expert has said.

"China has made great progress in fighting Covid-19, which contributed so much to the world because of winning precious time for containing the global spreading of the virus," Jusuf Wanandi, a senior fellow of Indonesia's think tank, the Centre for Strategic and International Studies (CSIS), told Xinhua recently.

China sent medical groups to other countries suffering from the epidemic, which shows a high sense of responsibility for global public health, Wanandi said.

He also highly praised China for its tremendous strength and courage in fighting the epidemic.

"China has effectively controlled the epidemic, which is a great achievement," Wanandi said.

The expert also said that some Asean (Association of Southeast Asian Nations) countries, including Indonesia, are currently facing difficulties in dealing with the epidemic. Due to a lack of necessary medical facilities and testing reagents, there may exist a large number of undetected cases.

He hoped that China and Asean will continue to fight the epidemic together. China-Asean foreign ministers held a special meeting on the joint fight against Covid-19 and reached important consensus on Feb 20 in Laos.

Wanandi said that as an international cooperative mechanism, the Belt and Road Initiative has been widely accepted by the international community and has become more important when the global economy faces a downturn.

"I believed that the world will have a deeper understanding of the Belt and Road Initiative and a Community with a Shared Future for Mankind after the epidemic," Wanandi said. - Xinhua 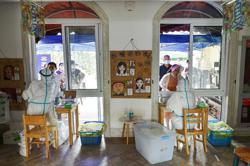